Thrashed by Competition, Amazon Shuts Down Domestic Marketplace in China 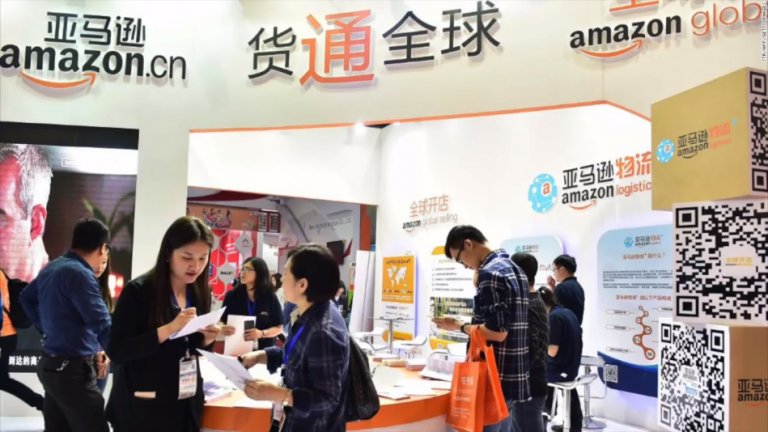 Global ecommerce giant Amazon has announced that it will be shutting down its domestic marketplace in China. (Image: Screenshot / YouTube)

Global e-commerce giant Amazon has announced that it will be shutting down its domestic marketplace in China. Amazon apparently could not compete with local e-commerce rivals and decided that pulling the plug would be an economically wise decision.

“We are notifying sellers we will no longer operate a marketplace on Amazon.cn and we will no longer be providing seller services on Amazon.cn effective July 18… Over the past few years, we have been evolving our China online retail business to increasingly emphasize cross-border sales, and in return we’ve seen very strong response from Chinese customers. Their demand for high-quality, authentic goods from around the world continues to grow rapidly, and given our global presence, Amazon is well-positioned to serve them,” the company said in a statement (CNBC).

Amazon entered the Chinese market in 2004 by purchasing Joyo.com, one of the largest online sellers of books, videos, and music. Over time, the company tried to entice Chinese customers through various means. But despite the many marketing campaigns and promotions run by Amazon, customers seemed to be more interested in buying from domestic sellers. This essentially made Amazon a small player in the Chinese market.

According to estimates, Amazon accounted for only 6 percent of the merchandise volume in the country’s cross-border online sales market during Q4, 2018. In contrast, local e-commerce platforms like Alibaba and NetEase Kaola accounted for 32 percent and 25 percent respectively. “[Amazon] just did not do enough to build a brand reputation and get close to the Chinese consumer. Shopping festivals, discount campaigns, nation-wide red envelope promotions and orchestrated efforts to integrate online and offline retail to entice the Chinese consumer have always stayed the domain of local retailers,” according to Business Times.

There have been rumors that Amazon is in talks with Kaola for a potential merger that might see a stock-for-stock transaction. However, both companies have been silent on the issue. Some experts say that Amazon’s decision to solely focus on cross-border sales will also end up as a failure since Chinese players have access to a larger customer base and attract a whole lot more traffic. By moving out of the domestic marketplace, Amazon has essentially given up competing on the most lucrative niche in Chinese e-commerce.

According to market research firm Forrester, the Chinese online retail market is expected to be worth US$1.8 trillion by 2022, essentially making it double the size of the U.S. market, which is projected to hit US$713 billion. Japan’s online marketplace is pegged to be around US$159 billion. Online retail sales will grow at an 8.5 percent Compounded Annual Growth Rate (CAGR) up to 2022. Considering that only 38 percent of Chinese shop online, there is definitely room for explosive growth as people get exposed to the comforts of e-commerce.

Alibaba and JD.com account for almost 85 percent of all transactions in online market sales. Over 76 percent of the transactions occur through smartphones. Customers are comfortable paying for items through mobile payment services like Alipay and WeChat Pay. The report also dubbed Chinese consumers as far more innovation-hungry that their American counterparts.

Just a decade ago, China accounted for less than 20 percent of global e-commerce sales. Today, the number has crossed 40 percent. And by 2020, 60 percent of all worldwide online sales are projected to take place in China. With such a large market share, the Chinese e-commerce industry is seeing multiple trends dictate its growth, including the increasing power of influencers and establishment of special e-commerce trade zones.