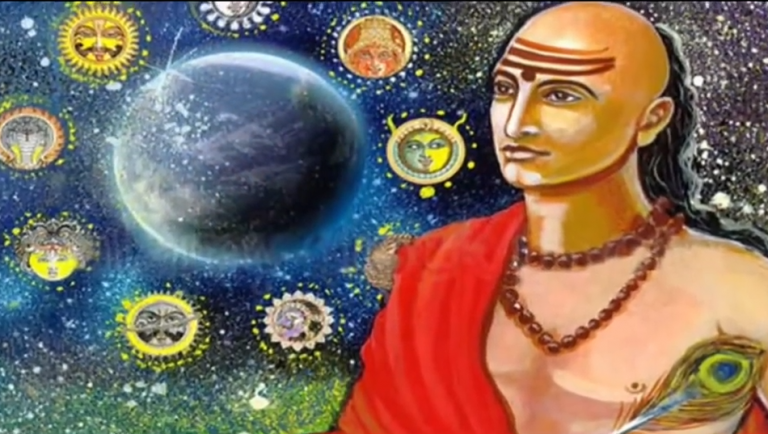 A sage from ancient India, Varahamihira, predicted the existence of water on Mars 1,500 years ago. (Image: Screenshot / YouTube)

It has only been within the past few centuries that Western scientists started proposing there might be water on Mars. In 1784, German astronomer William Herschel even put forward the idea that there might be inhabitants on the planet similar to us. Though the idea of Martian humanoids still remains in the realm of science fiction, it is now recognized that Mars does contain water. However, 1,500 years ago, a sage from India, Varahamihira, had already predicted it.

Born in the 6th century A.D. in the region of Avanti (Malwa in modern times), Varahamihira’s father was a devoted worshiper of the Sun. As such, knowledge of astronomy was imparted to him from a very young age. As a youth, Varahamihira is said to have met the legendary Indian mathematician Aryabhata, who inspired him to focus on learning astrology and astronomy.

During that time, the city of Ujjain was famous for being a center of learning. Varahamihira settled in the city and started learning from various scholars. His knowledge of astronomy is said to have grown to such impressive levels that the King of Malwa made him one of the Nine Gems of the court.

Varahamihira predicted the presence of water on Mars

A famous work of Varahamihira is the Pancha-Siddhantika in which he outlines five major astronomical knowledge systems, one of them being the Indian text Surya-Siddhanta. It is in this work that Varahamihira predicts the presence of water on Mars. The book describes the red planet in great detail, including a proposition that the Martian surface contains iron. Today, science has proven that the red color of Mars does come from the iron dust that makes up much of its surface.

Varahamihira also calculated the diameter of Mars to be 3,772 miles, only 11 percent smaller than the current known diameter of 4,218 miles. Another major work of Varahamihira was the Brihat Samhita in which he wrote about a wide range of topics like planetary movements, eclipses, rainfall, architecture, clouds, and so on. Almost 60 couplets of the book also talk about the various comets Varahamihira observed throughout his life.

In mathematics, he is credited with having discovered trigonometric formulas and even with improving the accuracy of existing sine tables. Varahamihira is also credited to be the first mathematician in the world to have proposed an early form of “Pascal’s Triangle.” His book contains the first known reference of the 4×4 magic squares. About his treatises, Varahamihira is believed to have said: “The science of Astrology is a vast ocean and is not easy for everyone to cross it. My treatises provide a safe boat.” (Tech Top)

Most of the water existing on Mars is in the form of ice. Small quantities of water exist as vapor in the atmosphere. It is only at the north polar ice cap that ice is visible on the surface. According to estimates, Mars has almost 21 million cubic kilometers of ice on its surface or near to it.

In the distant past, the red planet might have been a wet place where microorganisms used to survive on the surface. But the Martian environment is currently dry and freezing. Plus, the fact that the planet is bombarded with cosmic radiation due to the absence of an ozone layer and magnetic field makes the possibility of life existing on Mars slim.

However, discovering economically extractable water on Mars is definitely a positive sign for human space exploration. Since water can be converted into rocket fuel, future space missions could replenish fuel on Mars if we can successfully harvest water from the ice on the planet.