How US Universities and Companies Aid Communist Surveillance 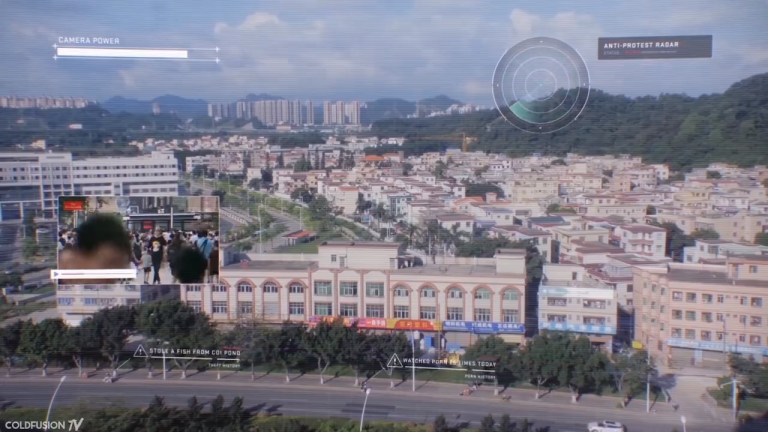 China’s public surveillance network is one of the most expansive in the world, with the state monitoring its citizens’ movements, communication, and behavior. (Image: Screenshot / YouTube)

China’s public surveillance network is one of the most expansive in the world, with the state monitoring their citizens’ movements, communication, and behavior. Unfortunately, several universities and companies in the U.S. are aiding the Chinese government in improving their surveillance and limiting people’s freedoms.

According to media reports, American university researchers have written nine academic papers in cooperation with Chinese companies that are known to help Beijing with surveillance programs. Some of these companies have links with the National University of Defense Technology (NUDT), an institution that is often associated with the Chinese military. Many of these researchers are largely unaware (or don’t seem to care) that their scientific knowledge is being used by businesses to repress Chinese citizens.

Thomas Funkhouser, who was a visiting professor at Princeton University last year, worked with two visiting NUDT researchers in 2018. They apparently studied the possibilities of using computer vision research in autonomous underwater vehicles and unmanned drones. Funkhouser currently works for Google as a research scientist.

“Scientists like… those who visited Princeton are among the thousands of [Chinese army] officers and cadres who have been sent abroad as Ph.D. students or visiting scholars in the past decade… I think it’s really concerning because the universities have no way of ensuring the tech they’re helping these [entities] develop and improve are going to be used in ethical ways,” Alex Joske, a researcher studying the Chinese Communist Party at the Australian Strategic Policy Institute, said in a statement (Forbes).

Last year, MIT’s Computer Science and Artificial Intelligence Laboratory (CSAIL) entered into a 5-year research partnership with iFlyTek, a Chinese company that supplies Beijing with voice recognition technology that allows the state to automatically identify voices in a phone conversation. iFlyTek accounts for almost 80 percent of all speech recognition technology produced in China, thereby making it a significant ally of the communist state.

Thermo Fisher Scientific, a company based in Massachusetts, supplied the Chinese government with DNA sequencers that are used to collect genetic information of minorities like the Uyghurs in Xinjiang. The government plans on using the collected DNA data to maintain a lifelong tracking system for the Uyghurs. Recently, Thermo Fisher announced that it has stopped selling DNA sequencers to the Chinese regime. The company is working with U.S. authorities to determine how its technology was being used by Beijing.

Microsoft’s researchers in Beijing have co-authored scientific papers in association with scholars from NUDT. The papers cover topics like machine reading, face analysis, and artificial intelligence. “The new methods and technologies described in their joint papers could very well be contributing to China’s crackdown on minorities in Xinjiang, for which they are using facial recognition technology… Many of these advanced technologies are dual-use, so they could also contribute to the PLA’s (People’s Liberation Army’s) modernization and informatization drive, helping the Chinese military move closer to the 2049 goal of being a world-class military,” Helena Legarda, a research associate at the Mercator Institute for China Studies, said to News18.

In February, it was discovered that a Chinese firm called SenseNets had kept a database unsecured. It included information of about 2.5 million Uyghurs from Xinjiang, including details about their movements. Interestingly, SenseNets had listed Microsoft as their partner on their homepage. When news got out, Microsoft denied the partnership and claimed that SenseNets was lying. Following the incident, SenseNets removed the Microsoft logo from its “partner” list.

However, many suspect that the American tech giant is still working covertly with SenseNets. The suspicion is fueled by the fact that the founder of Microsoft, Bill Gates, was able to get his company into the Chinese market by developing a close relationship with the former President of China, Jiang Zemin. In fact, Jiang’s son owned a 50 percent stake in the MSN China venture.

Back in 2011, Cisco helped the Chinese government in setting up half a million cameras in the city of Chongqing. To make matters worse, Cisco was one of the main architects of China’s “Great Firewall” and took on the project while knowing that it would be used to track and crackdown on political dissidents and members of spiritual groups like Falun Gong.

Several other American firms and universities continue to maintain research partnerships or business agreements with Chinese companies. The Trump administration is taking a serious look into such partnerships and actively encouraging U.S. businesses and institutions to end such alliances.