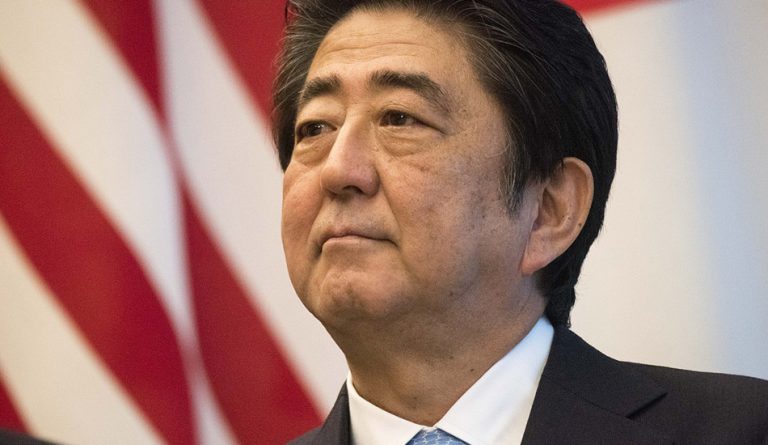 The Japanese government has announced a state of emergency in a bid to bring the CCP coronavirus outbreak under control. (Image: Chairman of the Joint Chiefs of Staff via flickr CC BY 2.0 )

While China’s Belt and Road Initiate (BRI) has been hogging global headlines, Japan has been promoting its Free and Open Indo-Pacific (FOIP) project under the radar. Seen as a competitor to BRI, FOIP has the backing of the U.S. government and seeks to counter Beijing’s global influence. Unlike in the BRI, where infrastructure projects are geared to Chinese interests and come with the risk of debt traps, FOIP promises development without sacrificing democratic values.

FOIP cannot compete with BRI when it comes to the scale of projects and its large funding. However, Japan stresses the phrase “free and open” to make it clear to other nations that it won’t seek to compromise their sovereignty when they join in the project. This is in complete contrast to China’s BRI projects where Beijing often tries to make member nations submit to its political demands by trapping them in debt.

For instance, Sri Lanka had to lease its Hambantota Port to China for 99 years in 2017 after it was unable to pay back loans. In Ecuador, the Coca Coda Sinclair dam was built using Chinese funds. Two years after its construction, the dam is already displaying cracks and the country is deep in debt to Beijing by billions of dollars. The African nation of Djibouti has debt that is close to 88 percent of its GDP. Since its biggest lender is China, Djibouti had to agree to Beijing’s demand for allowing a Chinese military base to operate in strategically-positioned East African nation.

This is why several Southeast Asian nations are wary of China’s infrastructure projects. Thailand is setting up a regional infrastructure fund in consultation with countries like Cambodia, Vietnam, Myanmar, and Laos to reduce its dependence on Chinese money. By enticing these countries, Japan’s FOIP initiative can have a bigger impact across Asia. However, Japan is choosing a low-key way to promote FOIP, and that’s for a big reason — it does not want to upset bilateral relations between various countries in the region.

“There is clearly a feeling that more forceful and unambiguous advocacy of FOIP could discourage countries in South East Asia from participating if they feel they are being made to choose between Japan and China’s regional visions. Japan’s current approach is, therefore, to remain deliberately vague about FOIP and to demonstrate its inclusiveness by encouraging countries to develop their own understanding of the concept,” according to Nikkei Asian Review.

“For all the pageantry, I think everybody in the Chinese government knows it has to be recalibrated and scaled back, both to fit with criticism overseas and also the potential cost overtime at home,” Richard McGregor, a Senior Fellow at the Lowy Institute, said to CNN.

China’s desperation at making the BRI work was very clear in its recent negotiations with Malaysia regarding the East Coast Rail Link project. Initially billed at 65.5 billion ringgit (US$15.8 billion), the Malaysian government had decided to terminate it in January due to its high cost. However, China later made a new deal and reduced the project cost by about 30 percent in early April.