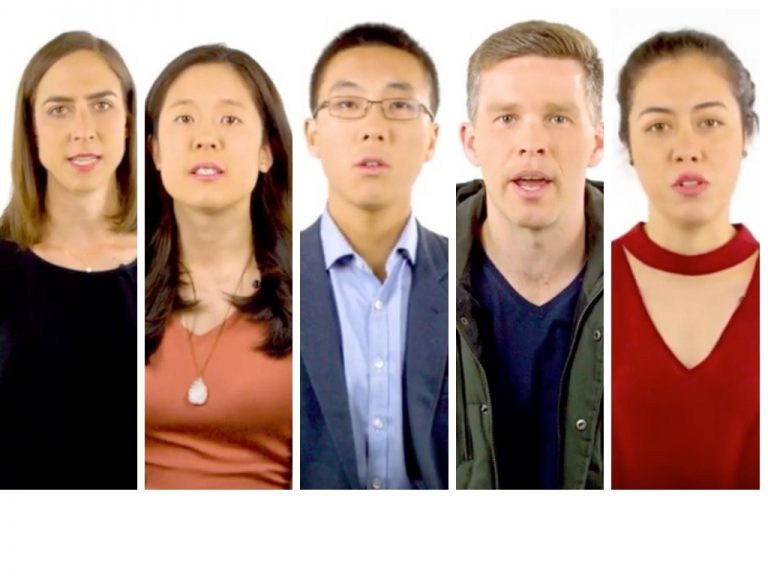 Those involved in exposing forced organ harvesting in China know how hard it is to gain the attention that this awful issue rightfully deserves. It’s not just a case that people find it hard to believe the Chinese state can be so evil as to kill innocent people to make money from their organs — it’s bigger than that.

The evidence — according to expert members of the International Coalition to End Transplant Abuse in China (ETAC) ­ — that mass organ harvesting in China is occurring is now irrefutable.

That prompts the question: How can such a crime be wilfully ignored by much of the international community?

But there are organizations, such as the ETAC, and individuals doing their best to try to ensure this crime is confronted and stopped.

The ETAC — a coalition of lawyers, academics, ethicists, medical professionals, researchers, and human rights advocates — has recently launched an initiative to increase awareness about the atrocity among students and to prompt them into action.

If you, yourself, are unaware of what is going on in China, the ETAC student page succinctly describes the core issue.

“In short, the Chinese government is murdering innocent prisoners of conscience — primarily Falun Gong practitioners (a meditation practice of the Buddha school tradition) — in order to transplant their organs into paying international patients and wealthy Chinese,” the page says.

The initiative has a video — you can watch it above — that features young people describing how you can make a difference in ending organ harvesting in China.

FAQs on the student page likewise explain why this awful crime has not received the attention it deserves. Here are some of them:

Why haven’t I heard about this before now?

China has long denied these claims, instead, offering very feeble — and very false — alternative explanations. The mainstream media has not probed further due to vested interests; Chinese investment is heavily relied upon by a number of countries.

Why aren’t there any official statistics to support these claims?

Unsurprisingly, the Chinese government continues to deny that they are killing prisoners of conscience for their organs. Therefore, they do not release statistics that would illustrate this. Most transplant statistics from China are unreliable and may have been fabricated in order to cover up the truth.

Why isn’t the international community doing anything?

The answer here is similar to why you have not heard about these atrocities before. Both politicians and the media are reluctant to act in a way that might provoke the Communist Party of China, as Chinese investment is so beneficial to countless economies. It is a case of economic expedience trumping moral imperatives.

This issue first came to light in 2006 when allegations were made that large numbers of Falun Gong practitioners were being killed for their organs at a hospital in northern China and credible reports followed.

In 2016, ETAC itself released a 700-page report that demonstrated the extent of forced organ harvesting in China. The report estimated that 60,000 to 100,000 organ transplants are performed annually in China.

Last year, ETAC established an independent people’s tribunal in the UK to investigate if any criminal offenses have been committed by state or state-approved organizations in China concerning forced organ harvesting.

Speaking after three days of hearings and evaluating the evidence, former English judge Sir Geoffrey Nice QC said that the China Tribunal’s interim judgment was one beyond any reasonable doubt.

“We, the tribunal members, are all certain, unanimously, beyond reasonable doubt, that in China forced organ harvesting from prisoners of conscience has been practiced for a substantial period of time, involving a very substantial number of victims… by state organized or approved organizations or individuals,” said Mr. Nice during his closing statement given in central London on December 10.

ETAC member Heather Draper, a professor of Bioethics at the University of Warwick, said that the tribunal was charged dispassionately to decide whether any criminal offenses contrary to international law have been committed in China’s transplantation practices.

“It is an independent process, with tribunal members recognized on the international stage to be of the highest integrity, and headed by Sir Geoffrey who has great human rights expertise. It is, therefore, an important process for all members of the international transplant community,” said Professor Draper in a statement.

“Many have refused thus far to engage with the evidence of grossly unethical practice in China prepared by ETAC and others,” she said. “Yet, it is impossible for bioethicists, practitioners, and recipients to defend organ transplantation as a practice while ignoring this evidence.”

Last month, a further two days of hearings were conducted. A final judgment is expected on June 17.

As part of its recommendations to students wanting to know more about the organ harvesting issue, ETAC says that watching this is a good start: