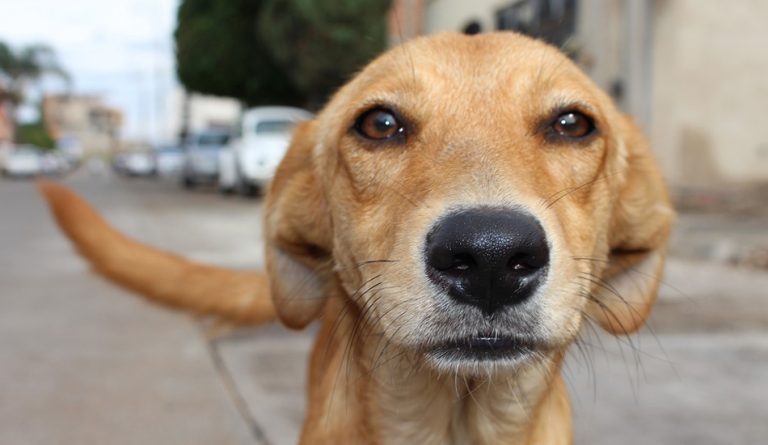 Concerned about animal abuse cases cropping up across the city, the government of Hong Kong has proposed modifying its animal protection laws. The new law, if passed, will penalize people who abuse animals with up to HK$2 million (US$255,000) in fines and 10 years in prison.

“We hope to take a proactive stance to increase the maximum penalty against animal abusers, and improve the effectiveness of law enforcement… For years we’ve believed that this is something we should do,” Sophia Chan, Secretary for Food and Health, said in a statement (Hong Kong Free Press). The law will incorporate the idea of “duty of care” under which pet owners will be held responsible to care for their pets.

Authorities will be given powers to enter premises of an abused animal and seize and transport them to a safe location. If proper care is not being provided to pets, the officials can issue an “improvement notice” to the owners. People who are convicted in animal abuse cases may be barred from ever keeping a pet. Abandoning an animal will be considered a crime.

“A relevant example overseas is a pet owner who kept his dog on a short leash; he was served an improvement notice to use a longer leash, and he duly complied with the order,” Thomas Sit Hon-chung, assistant director of Agriculture, Fisheries and Conservation Department, said to the South China Morning Post.

The administration will come up with a code of practice that will lay out the basic rules on how pet owners can comply with the proposed law. The guidelines will be customized according to the needs of the animal. The new laws will also be applicable to business operators who deal with animals, like breeding companies and chicken vendors. For instance, a breeding company that is found to have kept chickens tightly packed in a small cage will be held responsible for animal abuse. If the proposal is passed, it could come into force by 2021.

According to the Agriculture, Fisheries and Conservation Department (AFCD), 3,880 stray dogs were caught in 2017. During the same period, 400 pets were abandoned by their owners. The Society for the Prevention of Cruelty to Animals (SPCA) had to put down 1,400 animals because of a lack of resources. Most people buy pets out of curiosity and eventually abandon them when they find it difficult to make time for the animal’s upkeep. The proposed laws are expected to resolve such issues.

Just recently, authorities had discovered an animal shelter where 28 dogs and 8 cats were found dead due to starvation, thirst, and disease. Most of them were rotting. “Some [dead animals] were found on the ground, beds, cupboards or in cages… The area was very dirty with feces and we did not see any water provided for animals… Those who survived were emaciated and when we gave them food and water, they were fighting to eat or drink,” Berry Ng Yuen-fun, the chief inspector for the SPCA, said to the South China Morning Post.

A similar incident of mass animal abuse was reported in 2017 when a man left 5 turtles and 14 dogs at his home for 12 days without arranging for food and water. Eight dogs had died. One of the surviving dogs ended up cannibalizing the dead ones. He was sentenced to just a year in jail. Under the new laws, such people will be given harsher punishments.