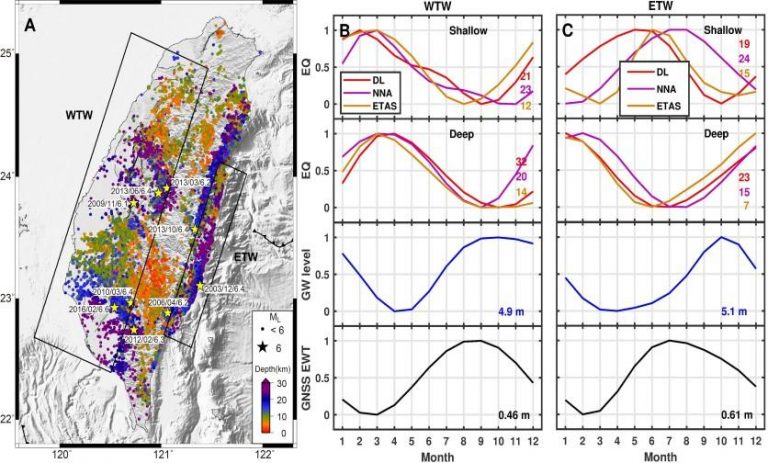 On April 10, 2019, images of the first black hole in human history were revealed, which is the symbolic achievement of a new milestone in human science. (Image: Academia Sinica)

On April 10, 2019, images of the first black hole in human history were revealed, which is the symbolic achievement of a new milestone in human science.

It is understood that the first black hole image was very difficult to come by. Eight enormous radio telescopes, networked together to turn Earth into a transmitter, were continuously observed for over a 10-day period focusing on the expected site of the black hole and the massive amount of data generated took between one and a half and two years to sequence together to create the final image. Among the eight telescopes, Taiwan is responsible for the operation or construction of three.

No wonder that James Liao (廖俊智), President of Taiwan Academia Sinica, said that this major discovery of this century showed that Taiwan occupies a place in the field of important scientific discoveries. From the beginning, Taiwan has been an important member of the Event Horizon Telescope Alliance (EHT). The key electronic technologies of the Greenland telescope set up by Taiwan and Harvard come from Taiwan. In particular, Taiwan is also responsible for data image processing and computer simulation of black hole models. Dr. Inoue, an EHT Trustee, believes that Taiwan has played a “key role” in this breakthrough discovery.

As we know, there are many Japanese scholars in the Taiwan team, some of whom have been doing research in Taiwan for 10 years. Japanese scholars believe that Taiwan’s academic community has a strong scientific ambition, a high scientific vision, top technology, and the capacity to provide higher resolution for the Greenland telescope program. They have strong confidence in Taiwan academics. Simply speaking, Taiwan’s own technology is very strong, which attracts foreign experts and scholars to join them.

Naturally, since it is called the Taiwan team, the Taiwanese are indispensable. The most striking thing is that Qian Yuze (錢玟澤), who implemented the observation program, is only 22 years old, the youngest member of the Taiwan team. In college, Qian learned four programming languages, data mining, machinery, numerical calculations, and numerical simulation. These laid the foundation for his participation in the EHT program and made him a key player on the team.

The EHT Alliance, founded in 2017, consists of 13 major institutions, and Taiwan officially joined in April 2018. Members are among the world’s top institutions, including the Institute of Astronomy and Astrophysics at the Academia Sinica, the Haystack Observatory at the Massachusetts Institute of Technology, and the East Asia Observatory.

Zuo Wenwen of the Shanghai Observatory said that the black hole image is the most valuable and most anticipated image of 2019. This black hole shadow image located 55 million light-years away is the first direct visual evidence and was found located in the middle of another galaxy.

Undoubtedly, this is a milestone in human science. Taiwan President Tsai Ing-wen said that this is “a big step for all mankind.” This black hole image will definitely go down in history, and the contribution of the Taiwan team will certainly be remembered.