Democracy Will Definitely Come to China 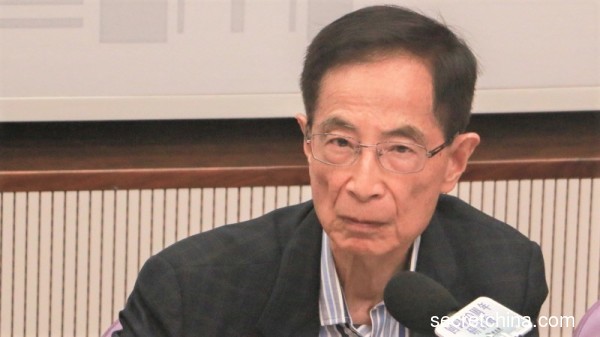 Martin, the founding chairman of the United Democrats of Hong Kong, is the most senior barrister in Hong Kong. (Image: Secret China)

The June 4th incident (the 1989 Tiananmen Square Massacre) is about to have its 30-year anniversary. There is still no democracy and freedom in sight for mainland China, but Martin Lee Chu-ming aged 80, said: “It doesn’t matter if I don’t see democracy in my lifetime. Democracy will definitely come to China.”

Martin, the founding chairman of the United Democrats of Hong Kong, is the most senior barrister in Hong Kong. In the 1960s, he defended a group of pro-China people. He was once seen as the Hong Kong elite in the eyes of the Chinese Communist Party (CCP). In 1985, the CCP appointed Martin to sit on the Drafting Committee of the Basic Law of Hong Kong.

However, after the June 4th incident in 1989, Martin withdrew from the Committee to protest against the bloody suppression of the Chinese by the CCP. He was immediately suppressed by the authorities and has carried on working hard to promote the development of democracy and human rights in China and Hong Kong for many years.

Martin’s intention to reverse the June 4th incident has been strong for 30 years, and his heart still has not wavered. Since 1990, Hong Kong Victoria Park has held the annual June 4th Memorial Meeting and the candlelight has not been interrupted. Martin said that every year, tens of thousands of citizens witness the spontaneous lighting up of Victoria Park and mourn the victims of the June 4th incident.

Martin asks: “What is right and what is wrong? It’s very clear for Hong Kong people. History cannot be altered because it is already in the hearts of the people.” Although the June 4th incident has not yet been reversed, he says we have no reason not to continue. “Hong Kong is the world’s most important place to commemorate the June 4th incident. No doubt, if we don’t do it, who will? Why should we give up? Some say June 4th is a burden; whose burden is it? It is the burden of the CCP, not our burden!”

Martin agreed to the Apple Daily media interview. As a Hong Kong democracy senior facing the plight of China today, he still has confidence in the pursuit of democracy in China and Hong Kong.

Martin also felt that he may not witness the establishment of the June 4 reversal and democratic China because of his age. Martin said: “I may not see democracy, but it doesn’t matter. Children will see it, grandchildren will see it, and we must fight for it…even the most authoritarian regime in history cannot stop the trend of democracy.”