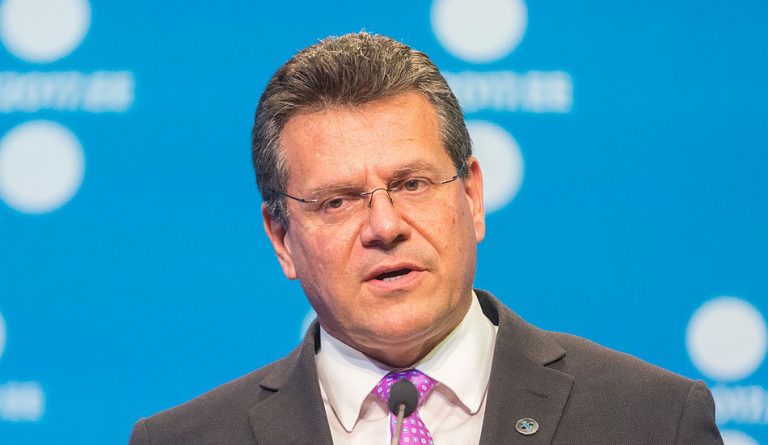 Maros Sefcovic, Vice President of the European Commission, has criticized China’s ambitious Belt and Road Initiative (BRI), saying that the project is risky from debt and environmental perspective. He positioned Europe’s connectivity strategy as a better alternative to the BRI. Sefcovic made these observations while attending the recent Belt and Road forum in Beijing.

“For us, connectivity is a little bit wider than the concept covered by the Belt and Road [Initiative]… We focus on sustainable financing, avoid debt traps and always do our due diligence. We are also very careful about environmental assessments and the impact [of projects] on the public. This is something that makes the European approach to infrastructure very attractive,” Sefcovic said in a statement (South China Morning Post).

Last year, the EU had presented a plan for improving connectivity between Europe and Asia, two regions with an annual bilateral trade of approximately US$1.68 trillion. Both regions account for 60 percent of global GDP. Given these numbers, it is understandable why the European Union is keen to improve infrastructure connectivity with Asia. Within the next two to three decades, Asia’s GDP will surge massively, driven by growth in India, China, and Southeast Asia.

Laying down proper infrastructure right now will enable smoother trade between the two regions. Investment for the projects will be raised from international financial institutions and development banks. The European Commission’s Investment Plan for Europe (EC IPE), also known as the “Juncker Plan,” is expected to put up US$560 billion. An extra US$49 billion will be sourced from the EU’s External Investment Plan.

“The new strategy is based on four of the EU’s strengths: its internal market as the basis of sustainable connectivity, its experience of creating networks across borders, its ability to build partnerships – on the bilateral, regional and international levels, and a comprehensive financial framework for mobilising investment,” according to Europa.

At the summit, Sefcovic met with Chinese Premier Li Keqiang and conveyed that EU nations were only happy to do trade with China provided Beijing addresses the various issues raised by European businesses. Several representatives of EU countries had threatened to walk away from the EU-China Summit held last month because of the Chinese government’s failure to implement the market reforms as promised.

The military aspect of BRI

While Beijing has been advertising the BRI as a development project for the “benefit of the world,” the fact is that China may very well be planning on using it as the foundation for its global military expansion and influence. The suspicion was raised by John Richardson, Chief of U.S. Naval Operations, during a recent Congressional hearing.

“China’s Belt and Road Initiative, in particular, is blending diplomatic, economic, military, and social elements of its national power in an attempt to create its own globally decisive naval force… China’s modus operandi preys off nations’ financial vulnerabilities. The contract to build commercial ports, promise to upgrade domestic facilities, and invest in national infrastructure projects… Slowly, as the belt tightens, these commercial ports transition to dual uses, doubling as military bases that dot strategic waterways. Then, the belt is cinched as China leverages debt to gain control and access,” he said in a statement (Economic Times).

Richardson warned the U.S. Congress that the BRI will compromise a nation’s sovereignty through “unfavorable deals.” He pointed to Pakistan, Sri Lanka, and Djibouti as victims of the BRI and stated that China is colluding with Russia to replace the present free trading system to an insular market.