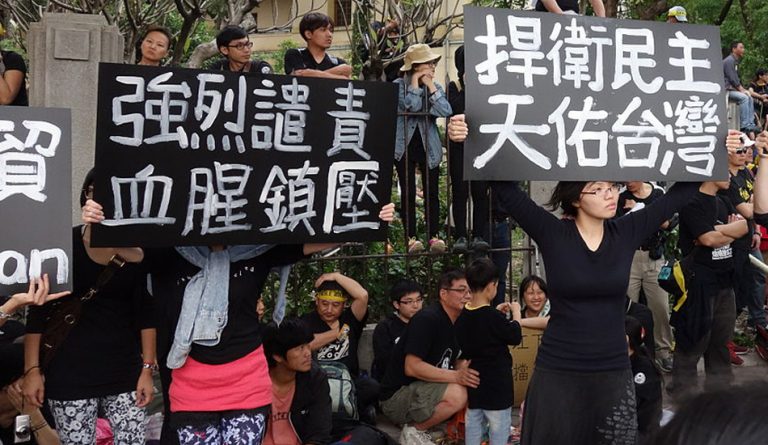 The protests were against the implementation of proposed amendments in extradition laws. (Image: tenz1225 via flickr CC BY-SA 2.0)

Hong Kong’s proposed amendments to its extradition laws have triggered massive protests in the city. Around 130,000 people are estimated to have participated in a mass parade against the amendments on April 28, making it one of the biggest protests Hong Kong has witnessed in several years. If the changes to extradition laws are made, the Chinese Communist Party (CCP) will be able to make Hong Kong send citizens to Beijing by marking them as “criminals.” Many fear that this would lead to persecution of political dissidents and pro-democracy activists.

The amendments were proposed by Hong Kong Chief Executive Carrie Lam after the gruesome murder of a Hong Kong girl in Taiwan by her boyfriend last year. Since the man is from Hong Kong and there is no extradition agreement between the city and Taiwan, no one is able to prosecute him for the crime. According to Lam, implementing amendments will allow for the extradition of the murder suspect to Taiwan and get justice done.

However, the proposed changes will also allow Hong Kong residents to be extradited to the mainland. Many believe that Lam is only using the murder incident to implement the CCP’s agenda. “It is a political task that the [Beijing] central government has commanded Carrie Lam, the chief executive, to do,” an anonymous source close to the Hong Kong Liaison Office said to The Epoch Times.

There are several reasons why Beijing is interested in making Hong Kong pass the amendment. For one, this would allow the CCP to target groups in the city it deems as “hostile,” including supporters of democracy, human rights activists, Falun Gong practitioners, and so on. Secondly, mainland Chinese who have escaped from the clutches of the CCP and live in Hong Kong can be finally be snatched again by the authorities.

In March, Hong Kong residents carried out a small protest against the proposed changes to extradition laws. But the April 28 protest saw a massive gathering of people, signaling that the residents of Hong Kong were clearly not happy with how their government was acting. “Hong Kong people and visitors passing by Hong Kong will lose their right not to be extradited into mainland China… They would need to face an unjust legal system on the mainland,” Leung Kwok-hung, a former legislator, said to Reuters.

Some marchers said that the difference in human rights between China and Hong Kong was so huge that Hongkongers only stand to lose if the amendments were implemented. Several protestors asked Lam to step down from her position and portrayed her as a traitor who has betrayed the citizens of the city.

Meanwhile, the U.S. government has spoken out against the amendments, saying that it would erode the freedoms that currently exist in Hong Kong. Media reports suggest that many businesses are apprehensive about the new laws. In fact, Hong Kong could actually lose its status as a premier business destination of Asia if it passes a law where the CCP has the right to prosecute its citizens.

“Hong Kong civil society organizations and private sector associations, including the Hong Kong Bar Association, American Chamber of Commerce in Hong Kong, and other business groups, have expressed opposition to the proposed changes. Societies are best served when diverse political views are respected and can be freely expressed. Continued erosion of the “One country, Two systems” framework puts at risk Hong Kong’s long-established special status in international affairs,” the U.S. Department of State said in a statement.

Hong Kong authorities denied visas to 33 Falun Gong practitioners from Taiwan who were planning to attend the protests. They were detained at the airport and sent back to Taiwan in groups. If the Hong Kong administration is already denying visas to Falun Gong practitioners, it is very clear that the authorities won’t shy away from arresting and sending them to the mainland when the CCP requires them to do so. This is why freedom-loving Hongkongers are in the street protesting against the amendments.