5 Foods to Eat When You Plan a Gluten-Free Diet 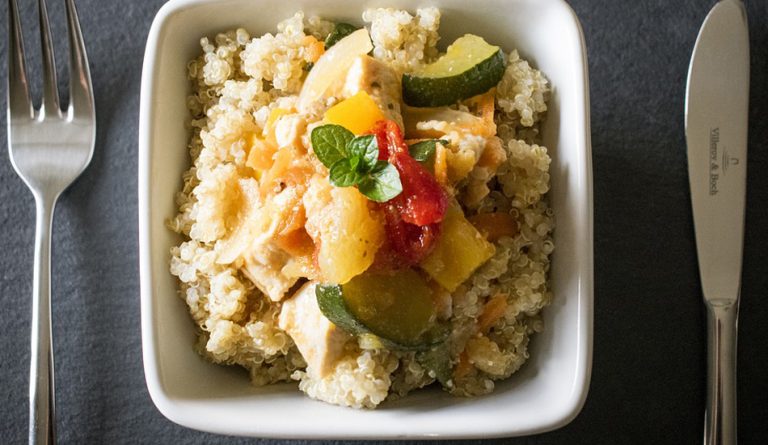 Quinoa has high levels of antioxidants. (Image: via pixabay)

Gluten is a type of protein that is found in certain grains. For most people, consuming gluten is a non-issue. But if you have a gluten sensitivity or a medical condition like celiac disease, then adopting a gluten-free diet becomes essential.

Grains like wheat, barley, and rye contain gluten and should not be made a part of any meal. Instead, go for whole grains like wild rice, brown rice, amaranth, buckwheat, oats, sorghum, and so on. Oats are an excellent choice as your “main” whole grain since they contain sufficient quantities of dietary fiber that will keep your blood sugar levels in check and regularize digestion.

A 2015 study also proposes that oats have anticancer properties. When buying grains, make sure that their packaging confirms that they are “certified” gluten-free. Since many of these products are manufactured in the same facility, cross-contamination can take place. For instance, buckwheat can be contaminated with gluten if they are processed in close proximity to barley.

Often called “superfood,” Quinoa is generally considered as a grain. But the truth is that it is not a grain at all. Instead, it is the seed of a plant native to the South American countries of Bolivia and Peru. In addition to being gluten-free, quinoa has high levels of antioxidants. It is also one of the only plant foods that provides complete proteins, as it contains all critical amino acids that a human body is usually unable to make on its own. There are about 8 grams of protein in every cup of quinoa. Plus, it contains all necessary vitamins and minerals like potassium, iron, vitamin E, calcium, magnesium, and so on.

These are naturally gluten-free. However, you need to ensure that they are only eaten raw. Processed fruits and vegetables can contain additives that might end up adding gluten to the food. Similarly, avoid canned, frozen, dried, or pre-chopped fruits and vegetables to avoid the risk of cross-contamination. Plus, avoid fruits or veggies that come with sauces. Some of the best items to eat include radishes, bell peppers, apples, pears, carrots, citrus fruits, mushrooms, green beans, and so on.

Unlike what people assume, soft drinks like sodas and fruit juices can be consumed without fear of ingesting gluten. However, certain wines have to be avoided since they might contain excessive gluten due to the wheat paste that is applied to the barrels when fermenting grapes. Wines that contain less than 20 ppm of gluten are safe unless the person is extremely sensitive. Malt vinegar, beer, lagers, etc. are also to be avoided since they are often made from grains that contain gluten. Some beers are marketed as gluten-free and should be okay for consumption. Alcohols like spirits, sherry, port, and cider are considered gluten-free.

Many of the everyday foods that you have grown up eating — like bread, pasta, snack items, cereals, etc. — can contain gluten as they are made from grains that contain this protein. Avoiding foods can be a difficult task if you are accustomed to eating them regularly. A good solution to the problem is to use gluten-free substitutes. For example, instead of bread made from wheat, try using bread made from buckwheat. Similarly, switch out wheat-based crackers with those made from oats.