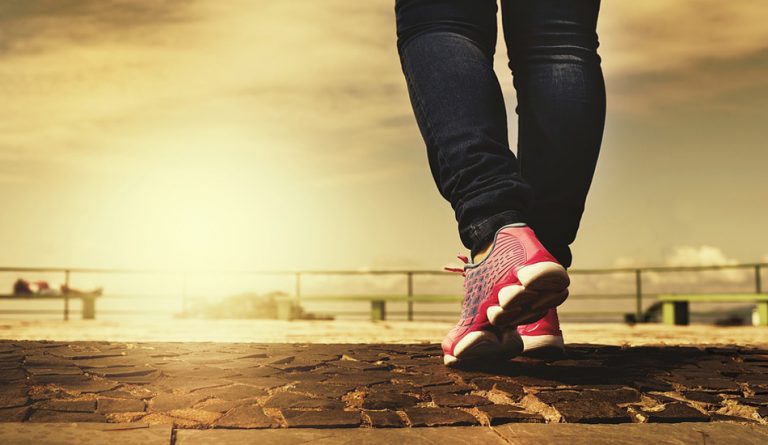 Most of the lifestyle-related diseases can be improved through exercise, especially walking. (Image: via pixabay)

Kim Denmark is no ordinary woman. This 59-year-old from Ohio has been walking across America since 2000. Her mission — to help spread awareness about the plight of homeless veterans. Till now, Kim has visited 16 states and recently reached Florida.

In 1999, Kim encountered a homeless veteran who asked her for help. Disgusted by the person, she threw some change at him and walked away. A couple of days later, Kim fell ill and she had a vision of God in which He admonished her for squandering wealth on useless things rather than helping people in need. Less than 24 hours after her spiritual encounter, Kim started to walk in a frenzy. She has kept walking all these years, covering 5,460 miles on foot.

“I’m going city-to-city, state-to-state, finding homeless [people] who want to get off the street, get a job, want to be self-sufficient and be independent. And as it relates to veterans, I take them for medical attention, try to find housing for them and a job… There’s a lot of homeless veterans out there and I’m reaching out,” she said to Fox35 Orlando.

Kim has received a lot of help from people who are moved by her cause. A church in South Carolina offered to donate her over US$7,000 after learning about her mission. But since she had not set up a non-profit organization, church leaders eventually had to decline the donation. However, Kim has established a charity to avoid such incidents in the future.

In Florida, a retiree named Pam Jenkins took a liking to her and brought Kim a dress, shoes, and funded her one night’s stay at a hotel. “It was just her smile, her presence… I enjoyed her presence so much… It just reminded me what real love is about… There are a few people you see and say: ‘How can I be like that?’ We’ve tried to help her as much as we could,” she said to The Daytona Beach News Journal.

Several people pulled Kim over to give her food and water for the journey. Mayor Derrick Henry gave her a key to the city and stated that he is supportive of anyone who is committed to helping the homeless. Kim now wants to meet the famous television host Ellen Degeneres in California, hoping that she would help her set up self-sufficiency camps for veterans.

The state has allocated numerous resources and programs targeted at homeless vets, prominent among them being the National Coalition for Homeless Veterans, the American Legion, and the United States Department of Veteran Affairs. The United States Department of Housing and Urban Development, in a collabo0rative program with the Veterans Administration, has a housing voucher program named HUD-VASH. Under the program, the agency issues Section 8 subsidized housing vouchers to veterans who are homeless.