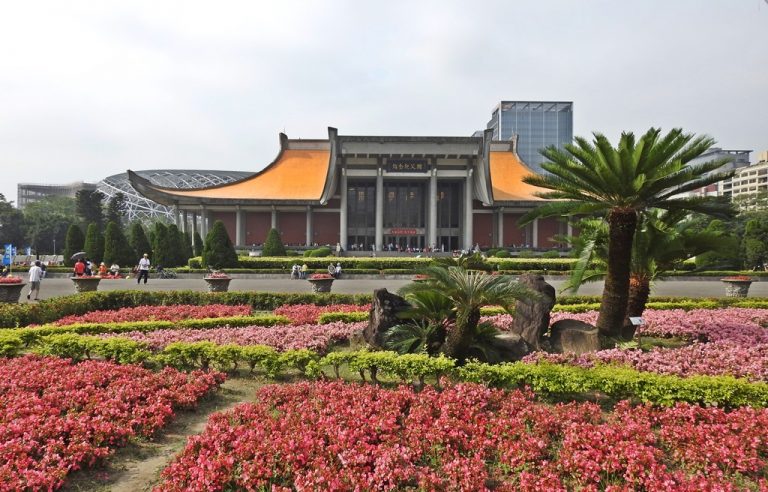 May is a good time of year to get together with loved ones and do some activities that are fun for the entire family to celebrate Mother’s Day. It is also the time for millions of practitioners of the Chinese spiritual discipline Falun Gong, also known as Falun Dafa, to mark World Falun Dafa Day.

Please watch the following video of the celebration of 2019 World Falun Dafa Day in Taipei, Taiwan:

In commemoration of the introduction of Falun Gong to the public in May 1992, World Falun Dafa Day, which falls on May 13, is celebrated in over 100 countries by millions of Falun Dafa practitioners of different races, cultures, professions, and ages every year.

On May 5, 2019, over 1,000 Falun Gong practitioners of the great Taipei Area, as well as their relatives and friends, got together at the square in front of the National Dr. Sun Yat-sen Memorial Hall in Taipei City to hold a festive celebration with majestic performances to observe the 20th anniversary of World Falun Dafa Day, with the first official World Falun Dafa Day being held in 2000.

And then, Tian Guo Marching Band, which is comprised of over 100 Falun Gong practitioners from all walks of life, proceeded to perform several beautiful songs. The beautiful music performed by the marching band deeply touched all the people around, especially the Chinese tourists who happened to visit the Memorial that afternoon.

One of the most eye-catching performances was the dance performed by a group of young children from the Minghui School in Taipei. They are so cute and lovely that their performance attracted tumultuous laughs and clapping.

Another highlight of the program is the performance by the Falun Gong Waist Drum Team. Comprising scores of Falun Gong practitioners, this Waist Drum Team thrilled its spectators with an outstanding performance. Not only were its drumbeats in great unison, but its formation changes were very impressive as well.

Additionally, the Sheng (笙) solo, vocal solo, and the choral performances were also very enjoyable. Among others, the Sheng solo performed by a young female Falun Dafa practitioner was very relaxing and soothing to listen to, though she is simply an amateur musician.

The celebration culminated in the demonstration of the five sets of Falun Gong exercises by around one thousand practitioners. These peaceful and relaxing exercises attracted a lot of attention of both local and international visitors, especially those who were from China.

The glamorous rendezvous in Taipei City this year was wrapped up with a large group photo session while all the participants were expressing their birthday wishes to the founder of the Falun Gong, Mr. Li Hongzhi.