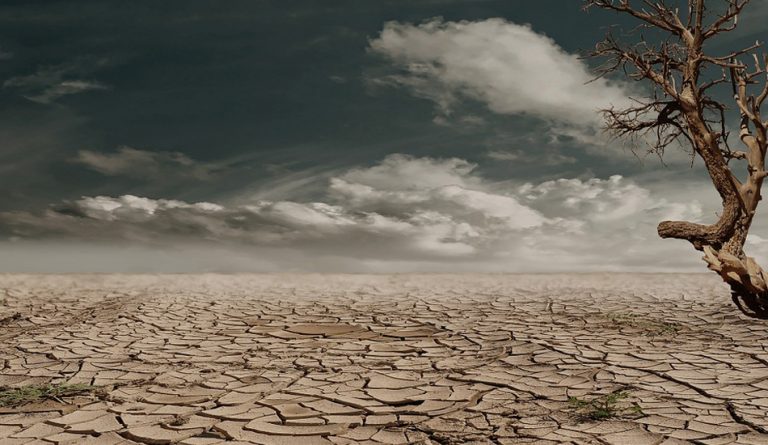 Water shortages will affect 5 billion people by 2050. (Image: via pixabay.)

A United Nations report has warned that 5 billion people across the world could suffer from water shortages by 2050. The situation is being created due to multiple factors, like increased water demand, polluted supplies, and climate change.

According to estimates, human beings use almost 4,600 cubic km of water annually, 70 percent of which goes into agriculture. While 20 percent is consumed by industries, only 10 percent is actually directly consumed by people. As such, controlling water usage in agriculture alone can resolve the water crisis in most nations. Some methods can enable farmers to cut back water usage by 50 percent or more. The report advises agricultural sector to focus on traditional nature-based solutions rather than relying on modern methods when dealing with water.

“For too long, the world has turned first to human-built, or ‘grey,’ infrastructure to improve water management. In doing so, it has often brushed aside traditional and indigenous knowledge that embraces greener approaches… In the face of accelerated consumption, increasing environmental degradation, and the multi-faceted impacts of climate change, we clearly need new ways of manage competing demands on our freshwater resources,” the study says in the preface (The Guardian)

Over the past century, the demand for water has risen by 600 percent. Today, the growth in demand is 1 percent per year. By 2050, the global population will jump to 9.4 billion from its current 7.7 billion. Of these, around 4.8 billion to 5.7 billion will be forced to live in regions that will experience water scarcity for at least once a month every year. At the same time, almost 1.6 billion people will be exposed to the risk of floods.

Pollution is another major problem. Every major river in Asia, Africa, and Latin America has been affected by pollution. Since these regions have not yet developed a comprehensive way to deal with wastewater produced by the agricultural and industrial sectors, pollution of river bodies keeps increasing. Given that almost 80 percent of municipal and industrial wastewater is being discharged without proper treatment, several rivers will soon become extremely contaminated. This will, in turn, affect biodiversity in the region around the rivers as animals won’t have access to clean water.

“The stakes are high… Current trends suggest that around two-thirds of forests and wetlands have been lost or degraded since the beginning of the 20th century. Soil is eroding and deteriorating in quality,” said Audrey Azoulay, director general of UNESCO, said in a statement (Market Watch)

The North African and Middle East region is one of the most threatened areas when it comes to water scarcity. The per capita share of freshwater availability in the region is just 10 percent of the global average. This is expected to halve by 2050. Desertification and climate change only add to the woes. José Graziano da Silva, Director-General of the UN Food and Agriculture Organization, believes that water shortage is an “emergency problem” in the area.

“It’s unbelievable that this region does not have good governance on water management and land management… [In Egypt] they have 32 ministers. Most probably of those 32 ministers, 30 ministers deal with water — water is a problem for them. And they don’t have ways to coordinate very efficiently,” he said to Reuters.

Some 97 percent of water used in Egypt comes from the famed Nile River. However, the water body is being rapidly contaminated by residential and agricultural waste. According to the UN, critical water shortages will hit the country by 2025. In Iran, where people actually consume three times more water than the world average, the water crisis is expected to peak by 2030.