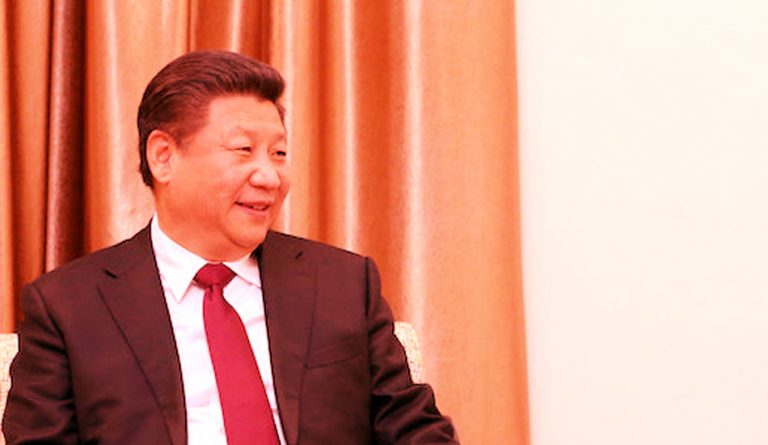 The future may not belong to China as Xi and some experts believe. (Image: khamenei)

Many experts have been predicting China’s rise as a leading global superpower in the coming decades. But a look into the fundamentals of Chinese society shows that such projections are largely hyped miscalculations. While it is inevitable that the Chinese economy and military might grow, the country will never become a universally dominating force because of its authoritarian rule.

The Chinese Communist Party (CCP) forms the government of China. Being an authoritarian force, it falls prey to a tendency that is a predominant feature of such administrations — a desire to completely control all aspects of Chinese society. In turn, this ends up affecting the quality of people, turning them into obedient slaves who are too afraid of thinking for themselves for fear of persecution. And a society that is afraid of questioning and embracing truth is rarely in a position to become a superpower.

“China’s single-party totalitarian government has killed the creativity of its people. Most of China’s technology has come from plagiarizing, pirating, and stealing technology from the West. Another technology has come from acquiring Western companies together with their core technologies. It is shameless for the Chinese government to show off its so-called “Great Technological Leap,” because almost all of China’s technology comes from the West,” according to The Epoch Times. The funny fact is that despite all the anti-Western propaganda of the CCP, its core ideology, Marxism, comes from the West.

China’s authoritarian regime means that its neighbors will be wary of Beijing. A democratic country is answerable to the people and those in power can lose their positions in the next elections. Engaging in an unwanted war with neighbors can quickly erode a party’s reputation in a democracy. The CCP suffers from none of these consequences. It can commit great atrocities against other countries and the Chinese people will never know the truth. Even those who know the truth will be unable to take any action because of a government crackdown.

If China cannot give freedom to its own citizens, it certainly won’t be too interested in cooperating with others. Instead, Beijing will try to dominate Asia, something that will make these countries align with the West in order to protect themselves against possible Chinese aggression. This is why nations like Japan and South Korea have U.S. military bases and other countries like the Philippines and Vietnam are happy with the U.S. Naval force patrolling the South China Sea. As long as China remains an authoritarian communist state, it will never be accepted as a leader by Asian countries. Period.

One country that could soon challenge China and might actually take up the leadership position in Asia is India. Both nations have billion-plus populations. However, China’s former one-child-policy means that the country will soon start seeing a growth in its aging population. In contrast, India’s population is still young. But the most important thing is that India is a democracy, which enables it to gain the trust of other Asian nations.

Unlike China, India’s neighbors do not fear any military aggression from it. In fact, neighboring countries like Sri Lanka, Nepal, Bhutan, Myanmar, etc. have close military and intelligence ties with India. Economically, India is on the path of growth. The country came out of socialism and adopted a free market framework only by the 1990s. In the two decades since the implementation of such capitalistic policies, the country has grown rapidly.

By 2050, India is expected to be the second largest economy in Asia. It might even match China if some experts are to be believed. With such huge economic clout, India will be in an advantageous position. If China’s neighbors and the West have to pick a leader in Asia in such a situation, they will certainly go with a democratic India rather than a communist China.