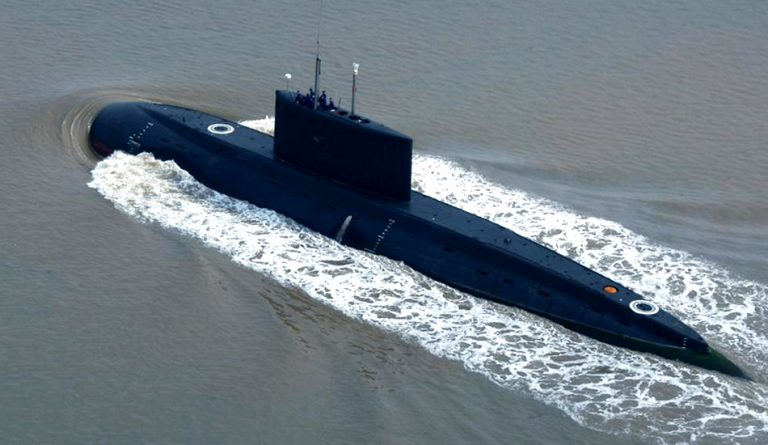 China has been ramping up its military might over the past years in order to secure its dominance in Asia, with a clear aim to remove the U.S. naval presence in the South China Sea. Recent reports suggest that Beijing is getting closer to challenging American naval power as it has been testing underwater nuclear capabilities of late.

Satellite imagery from the city of Sanya on Hainan Island has shown the presence of nuclear-powered ballistic missile submarines in the area. Visitors from the region claim that the military puts up high-intensity spotlights targeted at ocean frontages at night to block people from seeing what is happening inside the restricted area. Aircraft and surface warships are monitoring key waterways off the coast. Several antenna rays that are used for hunting foreign submarines have been installed in the secure region.

“This means China has a force of missile submarines that can launch nuclear attacks from beneath the waves and now appear to be heading out on patrols, according to serving and retired naval officers, diplomats, and security analysts. That gives Beijing something it has until recently lacked — a more reliable “second strike” capability if its land-based nuclear arsenal comes under attack,” according to The Guardian.

China’s enhanced nuclear submarine fleet is a direct challenge to the U.S. presence in the South China Sea. The United States and its allies are reportedly trying to track movements of the submarines. China has four Jin-class submarines, each one with 12 ballistic missiles that can be armed with nuclear warheads. The missiles have a range of 7,200 kilometers, which would put America at risk. In fact, a Chinese naval journal issued in 2015 proposes that launching 20 nuclear missiles on the United States would “yield perhaps 50 million people killed.”

“China can assemble many nuclear weapons in a short time if there is a war. The PLA’s ultimate goal is to strengthen the effectiveness of its nuclear counterstrike power… China has developed many kinds of conventional warhead missiles, from short range to long range, which all can be turned into very powerful nuclear weapons,” Song Zhongping, a former member of the People’s Liberation Army’s Second Artillery Corps, said to the South China Morning Post.

Song also added that nuclear warheads could be mounted on the newly developed DF-17 hypersonic glide vehicle that is expected to be a threat to U.S. defenses and military targets in India and Japan. Though China has not released data about its nuclear stockpile, estimates suggest that the country could have about 270 nuclear weapons. In contrast, America has a bigger nuclear stockpile of 6,800 warheads. However, this does not make the U.S. “safe” since only a few nuclear weapons are required to wreak havoc. But it does give America a good enough deterrent against China’s nuclear aggression since Beijing is less likely to launch nuclear weapons against a country that has almost 25 times the warheads they have.

While every major country was focused on conducting nuclear tests during the latter half of the 20th century, the experiments have had a negative effect on the environment. A new study has found evidence of nuclear contamination in oceans. Researchers discovered that the radioactive carbon from the tests has become embedded into the muscle tissues of crustaceans even in the deepest part of ocean trenches, such as the Mariana Trench. Normally, it would take hundreds of years for water containing radioactive carbon from the surface to get to the deepest trench. However, the food chain makes the process faster.

“There’s a very strong interaction between the surface and the bottom, in terms of biologic systems, and human activities can affect the biosystems even down to 11,000 meters, so we need to be careful about our future behaviors… It’s not expected, but it’s understandable because it’s controlled by the food chain,” Weidong Sun, co-author of the study, said in a statement (Daily Galaxy).

The study highlights that human activity on the surface has the potential to quickly contaminate the entire Earth if not properly handled. While the West has been urging a path of denuclearization, China’s nuclear ambitions mean that this would be impossible to achieve. As a result, nuclear bomb tests and subsequent ocean contamination might not be preventable in the immediate future.