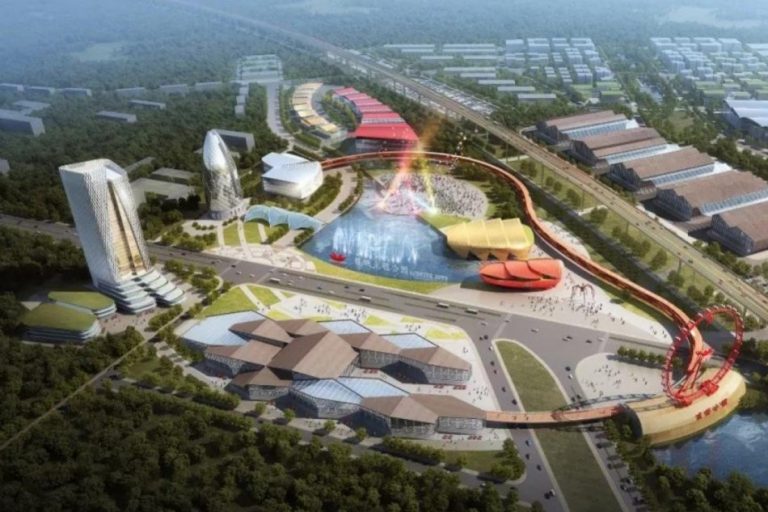 The “Thousand Charming Towns” initiative was supposed to boost the infrastructure industry of China and help realize President Xi Jinping’s vision of urbanizing much of the country by 2050. The plan involved the creation of themed villages. For instance, the Asian Games Town was themed on the upcoming Asian Games to be held at Hangzhou in 2022.

Other themed projects included the Fairyland Town, Poetry Town, and even a sex park-focused Happy Town that was expected to have an adults-only hotel, a sex toy shopping street, and an exhibition center. Investors poured in millions into the project, hoping to get attractive returns. But investors are now afraid that their money will be wiped out as one of the main companies involved in the project, JC Group, is under investigation by authorities for illegal fundraising.

Established in 2008 by businessman Wei Jei, JC Group quickly rose to prominence by acting as the intermediary between local governments looking for development funds and Chinese investors. In line with the Thousand Charming Towns initiative, the company entered into several agreements with local governments that foresaw the development of 50 such projects in the country.

By showing off its government agreements, JC Group was also able to convince several investors from the shadow banking to bet their money on the project. Annual returns of up to 12 percent were offered. As a consequence, billions of yuan was raised by the company. On April 28, the hype surrounding the project came crashing down after the police arrested Wei and a few other senior executives at JC Group for illegal fundraising.

If convicted, they could spend their entire lives in prison. When news broke out, investors who had put in millions of dollars were shocked. The authorities asked investors to register their complaints online and warned against any demonstration. Investors are asking that local governments take responsibility for their investment since they had pledged vast sums of money only because of the agreements signed between the company and the provinces.

Almost 3,800 investors are at risk of losing their principal investment if the government decides to shut down JC Group and sell off its assets. Many of them will have a good portion of their life savings wiped clean if the company is wound up. The investors have set up WeChat groups to provide support to each other and decide on the next course of action.

“JC Group is very high-profile in Hangzhou and even in Zhejiang Province. It has its own building there and it has been focusing on financing public-private partnership (PPP) projects for years. It paid a large amount of taxes to local authorities there… Why did it suddenly become illegal fundraising? If JC has long-standing violations for illegal fundraising and fraud, all the local governments signing deals with the company owe us an explanation, as do Zhejiang’s securities regulators, industry and commerce departments, and tax authorities,” Jay Li, who invested his family savings in the project, said to the South China Morning Post.

In March this year, the Chinese government modified the rules for PPP projects in a bid to avoid fiascos like the one with JC Group. Local governments are now banned from pledging more than 10 percent of their annual fiscal budget on such projects. The rules will see to it that the governments do not build up too much-hidden debt. State administration also announced that the planned e-commerce town in Suichang County has been suspended because of problems with the JC group.