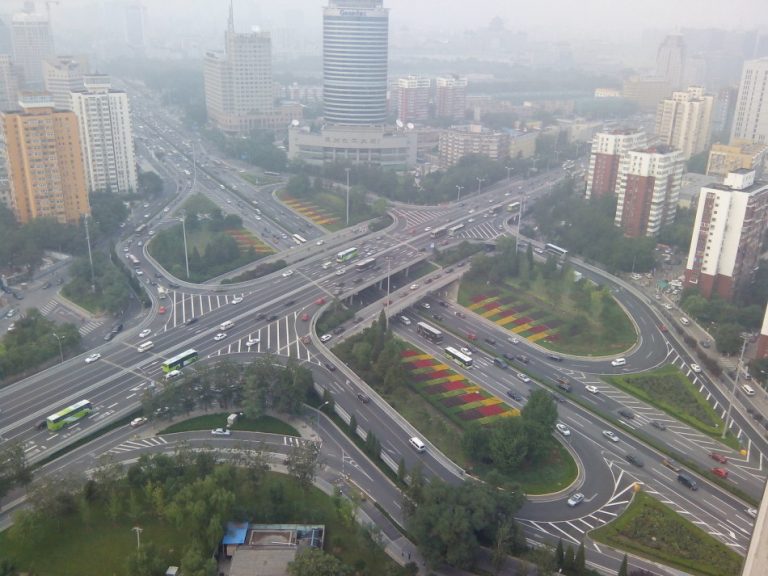 An aerial view of Liuliqiao Bridge in Beijing, the starting point of G4 expressway. (Image: Hat600 via wikimedia CC BY-SA 4.0)

The G4 Beijing-Hong Kong-Macau Expressway, also known as the Jinggang’ao Expressway, was China’s first north-south expressway route when it was completed in 2004. It connects the cities of Shenzhen and Beijing and is over 2,272 kilometers long. During a specific period, the expressway can experience a colossal traffic block that can stretch for miles — National Day, which is celebrated annually on October 1.

National Day is a 3-day holiday period that came into effect in 1999. Usually, four more days are added in lieu of the two weekend breaks, effectively making it a 7-day holiday. The government typically goes into full propaganda mode during this time, decorating everywhere with portraits of Mao Zedong and other leaders. People use this opportunity to travel home. According to estimates, close to 750 million people travel the country’s road and railway network during this holiday period. As such, traffic is guaranteed to be congested.

The Jinggang’ao Expressway saw an excessively long traffic jam happen in 2015. This was caused by a new checkpoint that reduced the number of lanes from 50 to 20, choking traffic. The foggy weather also made things complicated. Similar large-scale roadblocks gained national attention in 2012 when the government suspended motorway tolls.

Interestingly, the longest recorded traffic jam in history occurred in China on August 14, 2010. The roadblock extended for more than 100 kilometers and lasted 12 days. A few people even set up temporary businesses on the sideways, selling water, food, and cigarettes. The traffic jam took place on China National Highway 110 and was caused by a huge number of vehicles clogging the road. Vehicles apparently moved only 1 kilometer per day during the 12-day roadblock.