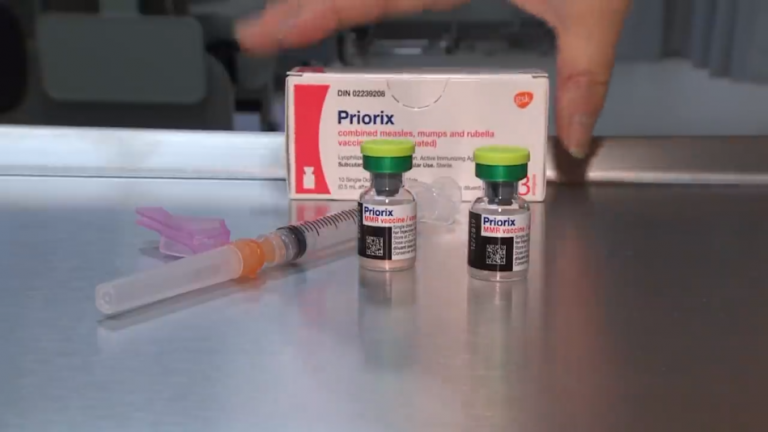 In Germany, an increasing number of parents have been refusing to vaccinate their children. This is believed to be responsible for the re-emergence of diseases like measles that were till now dormant. As a result, German lawmakers have proposed a law that would make measles vaccination for children compulsory.

Germany saw one of the highest numbers of measles cases in Europe between March 2018 and February 2019, with 651 reported incidents. Children typically have to be given two doses of the measles vaccine in order to make them immune. According to WHO estimates for 2017, almost 97 percent of German children got their first dose, but only 93 percent were given the second one. A vaccination rate of less than 95 percent would make communities vulnerable to measles.

The rising number of measles cases and lower vaccination rates is what gave the German health ministry the impetus to propose new compulsory vaccination rules. “I want to eradicate measles… All parents should be secure in the knowledge that their children will not be infected and endangered by measles,” Jens Spahn, German Health Minister, said in a statement (Fortune). If the law is enacted, parents who do not vaccinate their children against measles on time can be fined around US$2,800.

In Europe, Italy has one of the lowest vaccination rates at just 80 percent. Unsurprisingly, the country claimed the top spot in the number of measles cases during the March 2018-February 2019 period, with 2,498 people reported to have been infected by the disease. Italy has banned unvaccinated kids from attending school, even fining parents who break such laws. France also follows a similar policy and has banned unvaccinated children from nurseries and educational institutions. The country has a child vaccinate rate of just 90 percent.

In Germany, the proposed law has gained support from the Social Democratic Party (SPD) and the Christian Democratic Party (CDU) who together run the coalition government. However, The Greens have criticized the proposal, saying that vaccination targets must be achieved by educating parents and not by making it compulsory. The decline in vaccination rates in Germany is largely said to be driven by fake news and anti-vaccination lobbies.

The problem with vaccination

In the U.S. too, a growing number of parents are becoming hesitant about getting their children vaccinated. One reason for this is that there is a good chance that vaccinations are behind the sudden spike in food allergies in children over the past few decades. According to estimates, almost 8 percent of American kids have some sort of food allergy, the prevalence of which has risen by at least 50 percent since 1997.

Some of the children also develop anaphylaxis, an extreme allergic reaction that can potentially cause death. “The massive expansion of the vaccine schedule since the late 1980s, day-of-birth hepatitis B vaccination, changes in vaccine technology, and the growing use of immune-dysregulating aluminum adjuvants are all factors that can explain the immune system overactivation currently manifesting in the form of food allergies,” according to The Epoch Times.

Some reports also suggest that a general dose vaccine is inappropriate and that vaccination has to take into account the ethnicity of the kids. Not doing so might end up proving harmful for the vaccinated children. For instance, a researcher from the Mayo Clinic identified that African Americans may need only half a dose of rubella vaccine compared to what is administered to Caucasians since they produce more rubella antibodies. Unfortunately, all children are still being given the exact same dosage.