The Race for the Ultimate Asian Naval Strength Is On 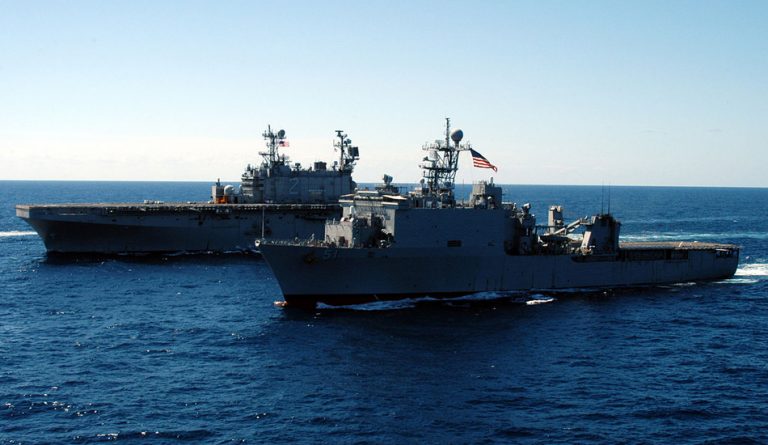 In the 1990s, the U.S. sent a couple of aircraft carriers to Taiwanese waters after China fired missiles in the region in response to Taiwan holding its first presidential elections. (Image: wikimedia / CC0 1.0)

In the 1990s, the U.S. sent a couple of aircraft carriers to Taiwanese waters after China fired missiles in the region in response to Taiwan holding its first presidential elections. The presence of the American military was enough to deter Beijing from engaging in any military venture against the island nation.

Fast forward two decades, China is on its way to becoming a naval superpower and many security experts feel that the U.S. military won’t be able to restrain Chinese aggression in the South China Sea for long.

In January this year, Chinese President Xi Jinping stated that he won’t rule out military force as a way to annex Taiwan to create a “unified” China. Several top officials from the Chinese military have also made similar claims. And for good reason — China now has enough firepower to stand shoulder to shoulder with American naval forces patrolling the South China Sea. This presents a huge problem — power in the region is slowly shifting into the hands of an authoritarian government that has little respect for the rights of other people or nations.

The Trump administration is taking a cautious approach since it does not want to engage in any conflict that would drag the U.S. into another prolonged war far from home. “The Trump administration faces a dilemma… They want to send smart, calibrated signals to Beijing without causing an overreaction or misunderstanding,” Chang Ching, a retired Taiwan naval captain and researcher at the Taipei-based Society for Strategic Studies, said to Reuters. Last November, a bipartisan commission of U.S. lawmakers stated that should a war with China over Taiwan occur, “Americans could face a decisive military defeat” (Reuters).

Should Beijing invade Taiwan, the U.S. would be caught between two choices — to interfere on behalf of Taiwan or to stand by and watch China annex the island nation. Any hesitancy in sending naval forces to aid Taiwan is guaranteed to diminish the status of the U.S. military in Asia. And if U.S. forces face defeat in Taiwan, several Asian nations will likely pivot to Beijing, allowing the Chinese to dictate policies in the Far East. No matter how the U.S. administration seeks to respond, the risk of losing military influence in Asia is very high. And with that, so will the influence of democracy wane in the region.

By 2021, China’s military spending is expected to cross US$260 billion, with about US$57 billion specifically earmarked for the navy. At present, the Chinese have about 400 warships and submarines. By 2030, this number could be around 530 according to projections by the U.S. Naval War College. In comparison, the U.S. Navy only has about 288 submarines and warships. On the plus side, American naval assets are far more powerful than the Chinese ones, thereby diminishing any numerical advantage that China has. However, Beijing plans to invest significantly in its naval power over the next 10 years. This could make China’s warships equal in quality and power to the American ones by 2030.

Given the possibility that the U.S. military may not be able to match China in Asia very soon, the Trump administration has sought to deepen military ties with Asian powers like India and Japan. The U.S. conducted a naval drill between May 2 and May 8, where ships from America, India, Japan, and the Philippines sailed through the contested waters of the South China Sea.

“The ships conducted formation exercises, communication drills, passenger transfers, and held a leadership exchange aboard the JS Izumo (Japanese warship)… Events like this provide opportunities for like-minded navies to train together and promote maritime cooperation throughout a free and open Indo-Pacific,” a U.S. Navy 7th Fleet release stated (The Diplomat).

The U.S., Japan, and India sent two ships each to participate in the drill, while the Philippines sent a single ship. The drill is expected to send a strong message to Beijing that the U.S. has enough allies in Asia to counter the Chinese naval force.