Did Ancient Romans Use Advanced Technology to Make Buildings Earthquake-Proof? 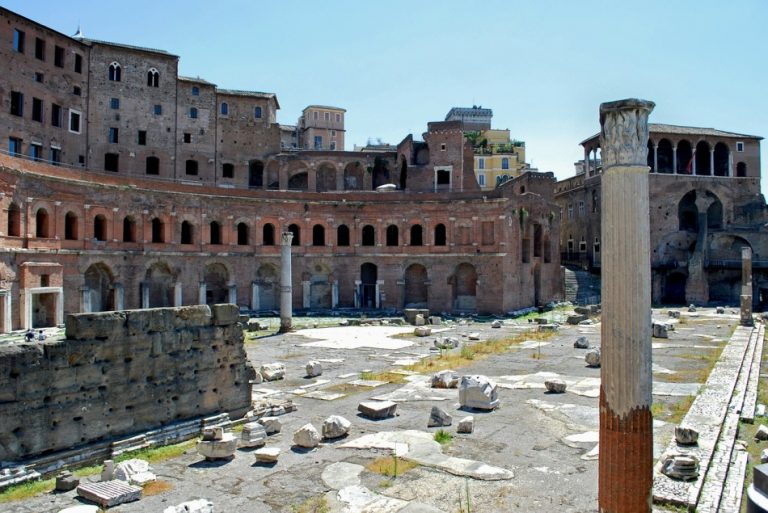 Romans may have used metamaterial technology when constructing important buildings to keep them safe from earthquakes. (Image via pixabay / CC0 1.0)

The ancient Romans undoubtedly built one of Europe’s most influential civilizations after the Greeks. Their contribution to art and architecture is immense. A recent study now posits that Romans may have used metamaterial technology when constructing important buildings to keep them safe from earthquakes.

“Metamaterials are artificial structures comprising arrays of resonators that manipulate electromagnetic waves or sound in ways not normally found in nature. A mathematical framework called transformation optics has been developed to design novel devices made from metamaterials – including invisibility cloaks that divert microwaves round objects,” according to Physics World.

According to current history, metamaterials were first synthesized in the lab in 2000. Conductive materials like copper and gold were used in specific patterns. One of them involved arranging them in layered lattice structures. In construction, architectural features can be created that mimic metamaterials. For instance, a building that is surrounded by a lattice of solid objects or holes may be successful in diverting seismic waves approaching the monument.

In 2012, a similar idea was tested by a team of researchers when they dug a 2-dimensional array of boreholes in the soil at a depth of about 16 and a half feet. When an acoustic wave was generated close by, much of its energy was reflected back toward the source as the waves approached the first two rows of holes. It was also discovered that some of the Roman monuments had a similar pattern of structures that might have acted toward earthquake-proofing important sites in ancient times.

“I doubt that the builders of structures in that era intentionally designed their buildings to be earthquake resistant, or even that they were able to unconsciously evolve their designs over time to make them more secure — the time scales seem too short. I could imagine, however, that there might be a sort of ‘natural selection’ that occurred, where megastructures built with inadvertent earthquake cloaking might have survived longer than their counterparts, allowing us to see their remains now,” Greg Gbur, a physicist at the University of North Carolina in Charlotte, said to Ars Technica.

One of the reasons why Rome was the most advanced region in Europe in ancient times was due to its expertise in construction technology. Take the use of concrete as an example. Current structures made from concrete are only expected to last for about 100 to 200 years. However, Roman structures built using concrete continue to maintain their structural integrity even after 2,000 years. This was possible because the ancient Romans used a very different method of creating concrete.

“Roman concrete differs from the modern kind in several essential ways. One is the kind of glue that binds the concrete’s components together. Roman concrete produces a significantly different compound to modern day Portland cement (the most common type of cement), which is an incredibly stable binder. The second concerns the hydration products in concrete — the ancient seawater concrete contains the ideal crystalline structure of tobermorite, which has a greater strength and durability than the modern equivalent,” according to Ancient Origins.

Another major feat of construction by ancient Romans was their extensive road network. They built around 240,000 miles of roads, stretching from Great Britain to Morocco. Romans built roads in three layers. The bottom layer consisted of rough gravel, stones, piles of wood, or crushed bricks. The middle layer consisted of sand while the surface was composed of gravel. Many of the roads built by ancient Romans still exist today.