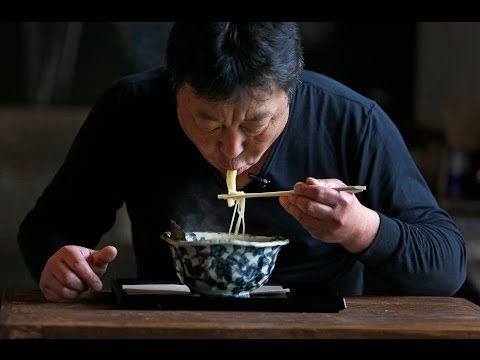 The Japanese have a tendency to slurp their noodles, but with the 2020 Olympics set for Tokyo, an intense online debate has sprung up about the national habit. (Image: Screenshot/ YouTube)

The Japanese have a tendency to slurp their noodles. While for natives this is a normal thing, many tourists are now complaining that the activity is disturbing them. This has set off an intense online debate in the country that is looking to host the 2020 Olympics.

Making noises while eating food is frowned upon in Japan. The only exception to this rule is noodles. People make it a point to slurp their noodles, whether they be ramen, somen, shirataki, soba (buckwheat thin noodles) or udon (wheat thick noodles). The tradition of slurping noodles is believed to have started in soba shops during the Edo period (1603-1868) and eventually went on to influence how other types of noodles, like ramen, are eaten. So why do the Japanese slurp their noodles? It all has to do with enjoying the flavors of the dish.

“The smell of soba is best appreciated via the mouth, not the nose. With wine tasting, for example, you first sniff to smell the wine in the glass, then you swish it around in your mouth to capture the aroma that wafts up your nasal passages from your throat. They call it orthonasal olfaction and retronasal olfaction, respectively. Soba is difficult to smell by the first route, so we make the most of the second… There’s no aromatic steam rising up from the cold noodles, so even if you actively sniff them, there’s not much to smell. But when you slurp them vigorously, you can fully experience the aroma exploding in your mouth. That’s the correct way to eat soba,” a soba shop owner said in a statement (Nippon).

Slurping noodles has now become a hotly debated topic after a recent TV show interviewed tourists about their opinions on the matter. The tourists had some harsh words to say against slurping. While some said that slurping noises sound like those made by pigs, others said they felt so disturbed by the noise that they avoid sitting close to a slurper. A Japanese Twitter user has also launched a campaign asking natives to change their food culture since slurping is, according to the user, a “bad” activity.

However, the issue has been met with much resistance by people who think that those who ask for slurping to be stopped just to please tourists are trying to force another culture’s eating habits on the Japanese. Tatsumasa Murasame, a famous TV personality, has started a “pro-slurp” campaign rebutting arguments made for abandoning the slurping habit. One of his tweets on the topic gained 48,000 retweets and over 137,000 likes.

The Japanese follow several other eating habits that might be considered unusual by foreigners. For one, they are very strict about never making chewing noises when eating food. For a country that enjoys slurping noodles, this might seem contradictory. Usually, people are expected to shut their mouths while eating and breathe through their noses to avoid making chewing sounds. In addition, biting, licking, and gulping noises are also to be avoided.

When eating rice, make sure that you do not stick chopsticks upright in the bowl. This is only done during a funeral in honor of the dead person. As such, to see a rice bowl with upright chopsticks under normal circumstances might make some people agitated or nervous. The correct thing to do is to place the chopsticks at the edge of the plate.