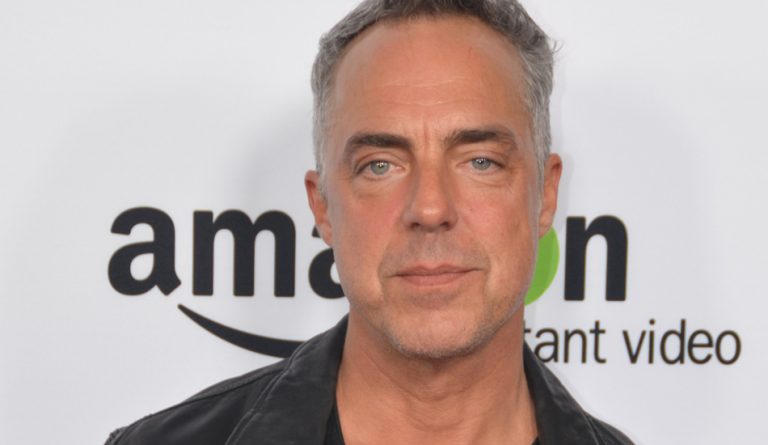 Amazon's 'Bosch,' starring Titus Welliver, is a show based on a series of novels written by Michael Connelly. (Image: Red Carpet Report on Mingle Media TV via wikimedia CC BY-SA 2.0)

China’s increasing influence on American studios has been quite successful in preventing movies and TV shows from depicting the horrific nature of the Chinese regime. However, Amazon Prime’s Bosch series is an exception in this regard.

Bosch, starring Titus Welliver, is a show that is based on a series of novels written by Michael Connelly. In its fourth and fifth season, it featured plots that covered Chinese gambling and crime syndicates operating in Los Angeles and how ruthlessly they operate to safeguard their interests. One interesting event in the show was a warning given by a minor character against visiting Hong Kong. The warning stated that the other character wouldn’t be able to leave the city once he entered it, possibly highlighting the Chinese government’s illegal detainment of foreigners in the region.

Many of the Chinese bad guys in the Bosch series are shown as children of government officials, a nod to the nepotism plaguing Chinese society due to the government’s strict authoritarian rule. The show also portrays the import of Chinese drugs into America and how it affects the country, which refers to the menace of fentanyl imports from China. Though the Chinese criminals or Party members are never shown to be as evil as the Nazis are depicted on screen, the fact that an American TV show has the courage to highlight the menace of the Chinese regime in current times is definitely praiseworthy. Especially in today’s politically correct times.

There is a good reason why the show can depict the reality of Chinese rule — it is produced by Amazon. The company has very little presence in China since local brands like Alibaba dominate the domestic e-commerce market. As such, Amazon does not have to concern itself with any backlash from the communist state when producing its TV shows.

However, most Hollywood studios today do not have the freedom/courage that Amazon has since they have become dependent on revenues from the Chinese market. If a movie contains any negative reference to Chinese rule, Beijing would block its screening in the country. Last year, U.S. Vice President Mike Pence warned that the Chinese Communist Party (CCP) was having a negative influence in Hollywood.

“Beijing routinely demands that Hollywood portray China in a strictly positive light, and it punishes studios and producers that don’t. Beijing’s censors are quick to edit or outlaw movies that criticize China, even in minor ways,” he said in a statement (The Epoch Times). As an example, he talked about the movie World War Z. In the original movie, the outbreak that causes the zombie apocalypse is said to have started in China. But the studio advised the producers to name some other country so they could get approval for it to be shown in the Chinese market.

In addition to influencing Hollywood, China is also planning on competing with it on equal footing. For this, the country is in the process of building the world’s biggest movie production hub, rivaling Hollywood. Funded by Wang Jianlin, the boss of Dalian Wanda Group, the film production hub is being developed in the port city of Qingdao.

“We will boost the Chinese movie industry development… We will also turn Qingdao into a global hub for film,” Wang said in a statement (South China Morning Post). The entire project is estimated to cost around US$8 billion and will cover an area greater than 200 soccer fields. The place will also have a theme park, hotels, and a yacht club.

Wang is promising generous subsidies to filmmakers who will shift movie production from Hollywood to the new Chinese production hub. A studio complex was inaugurated recently in a grand ceremony attended by hundreds of film industry representatives from China as well as Hollywood.