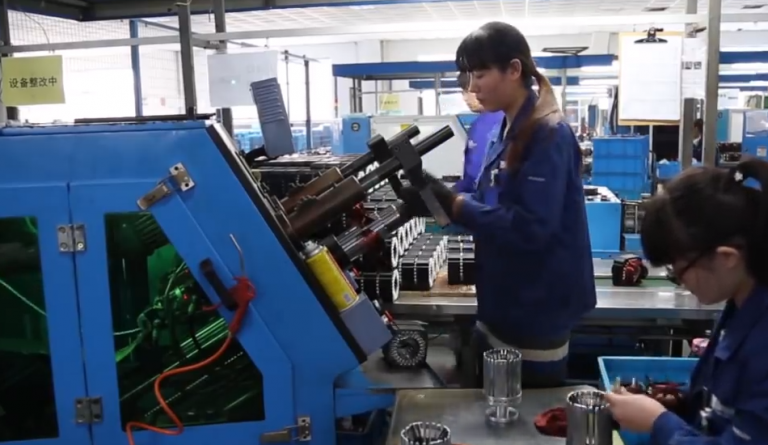 With tariffs on US$200 billion worth of Chinese imports set to be increased to 25 percent, many businesses in the country are worried about their economic prospects. (Image: Screenshot / YouTube)

After U.S. President Donald Trump recently announced that tariffs on US$200 billion worth of Chinese imports will be increased to 25 percent, many businesses in the Asian country became worried about their economic prospects. Originally, the products were only charged a 10 percent tariff.

One of the industries that will likely be most affected by the tariff increase is the electronic sector. Export of electrical machinery and equipment accounted for 26.4 percent of all exports to the U.S. in 2017, bringing in US$599 billion to the Chinese economy. The U.S. administration has rightly targeted this sector to cause maximum pain to Beijing. Over 1,200 products have been subjected to increased tariffs under the category of “electrical machinery.”

The higher tariffs have made many manufacturers nervous as their profit margins are being squeezed. In some firms, employees were laid off since many export orders were canceled. Miele, a German manufacturer of high-end home appliances, has a manufacturing unit in China but is considering shifting it back to its home country to remain profitable. Several other companies are also thinking along these lines, looking to set up production units outside China to avoid being subjected to increased tariffs.

Another industry that could get hurt due to higher tariffs is the Chinese auto sector. China does not sell many cars to the U.S. In 2018, China only accounted for 0.6 percent of total car imports in America. However, China is the second biggest supplier of car parts to the U.S., accounting for close to 12 percent of imports in 2017. As such, higher tariffs are guaranteed to put a strain on the Chinese car parts manufacturing industry.

“The U.S. is one of the largest auto markets in the world. If it puts tariffs on the rest of the world, the impact will be significant… It will affect my client first and then definitely me. It is difficult to find an export market as big as the U.S…. If the U.S. started putting tariffs on the imports of cars and car parts, that could cause a reduction of orders from my client, which mainly exports tires to the U.S. and Europe,” Jack Sun, owner of Qingdao Ray Machinery and Technology, said to South China Morning Post.

The Trump administration is also preparing a new list of items from China that will be subjected to tariffs of up to 25 percent. According to estimates, about US$300 billion worth of Chinese imports will be affected. According to the United States Trade Representative (USTR), items like baseballs, vegetables, sporting goods, tea, and so on will be affected by the new tariffs.

“The proposed product list covers essentially all products not currently covered by action in this investigation… The proposed product list excludes pharmaceuticals, certain pharmaceutical inputs, select medical goods, rare earth materials, and critical minerals,” USTR said in a statement (NPR). The proposal will soon enter a public comment period and is expected to come into effect by June or July this year.