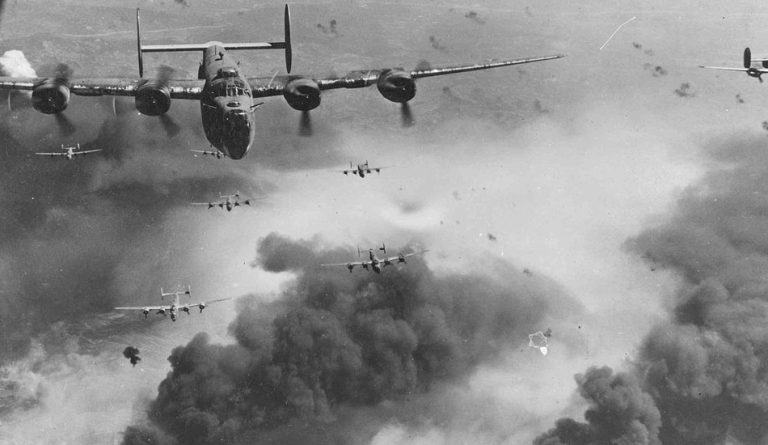 World War II was undoubtedly one of the bloodiest episodes of human history. Men killed each other in the millions like no other period in time. But despite the unbridled violence of those days, there were still occasions when men chose to forget differences and shake hands with their enemies. A Christmas dinner at a cabin in a German forest is one such example of kindness between enemies.

Kindness at the Christmas dinner

During Christmas Eve in the Battle of the Bulge in 1944, three American soldiers were lost in the heavy snow of the Ardennes Forest. One of them was badly wounded. Despite their best efforts, the soldiers couldn’t find the American lines. After walking for a bit, they came across a cabin in the woods. Hungry and desperate for help, they knocked on the door.

The cabin was owned by a German woman named Elisabeth Vincken who lived there with her 12-year-old son Fritz. When she opened the door and saw three American soldiers waiting outside, Elisabeth was initially shocked. But when she realized that they were hardly older than boys and one was wounded, Elisabeth invited them inside. The fact that they chose not to break into the cabin and threaten her for help made Elisabeth trust the American soldiers.

Though none of them knew each other’s language, they communicated in broken French. She was cooking a chicken for the soldiers when there was another knock at the door. Opening it, Elisabeth was horrified to find four German soldiers, one of whom was a corporal. They were lost and hungry. When they asked for help, she replied that there were American soldiers inside, including a wounded one. After a long stare, the corporal replied that there will be no shooting on the Holy Night.

Elisabeth collected the weapons of all the soldiers and kept them outside. In the cabin, there was immense tension between the German and American soldiers. But the smell of roast chicken and potatoes kept their violent impulses at bay. One of the German soldiers tended the wounded American. After they ate their food, the soldiers went to sleep. The next day, the German corporal checked the map used by the Americans and told them the way to get back to their camp. He even gave them a compass. Elisabeth returned their weapons and both sets of soldiers went in opposite directions.

After the war, Elisabeth passed away in her sixties. Fritz moved to Hawaii, where he opened a bakery. Several years later in 1996, Fritz reunited with one of the surviving American soldiers, Ralph Blank. He still possessed the map and the compass. Fritz said that the meeting was the high point of his life. He later contacted one more American soldier. Unfortunately, he couldn’t find any information about the Germans. Fritz died in 2002.

Another famous act of kindness during World War II would be the miraculous survival of Charlie Brown. In 1943, Brown flew a plane and bombed a German munitions factory. However, the plane quickly came under attack and suffered heavy damage. Brown only had partial control of the plane and was apprehensive of returning back to base. Most of the crew in the plane were injured and the tail gunner was dead.

Suddenly, an enemy plane came across, piloted by a German soldier named Franz Stigler. The German could have easily taken a shot and destroyed the American plane, earning the coveted Knight’s Cross. However, Stigler stopped short when he saw a bloodied Brown together with his terrified crew. He thought it would be dishonorable to shoot down the plane and escorted it for some time. Brown returned safely to the base. Years later, Stigler and Brown had a reunion and expressed their happiness about surviving the war.