Are You a Meat Lover? Then Get Ready for Some Lab Meat 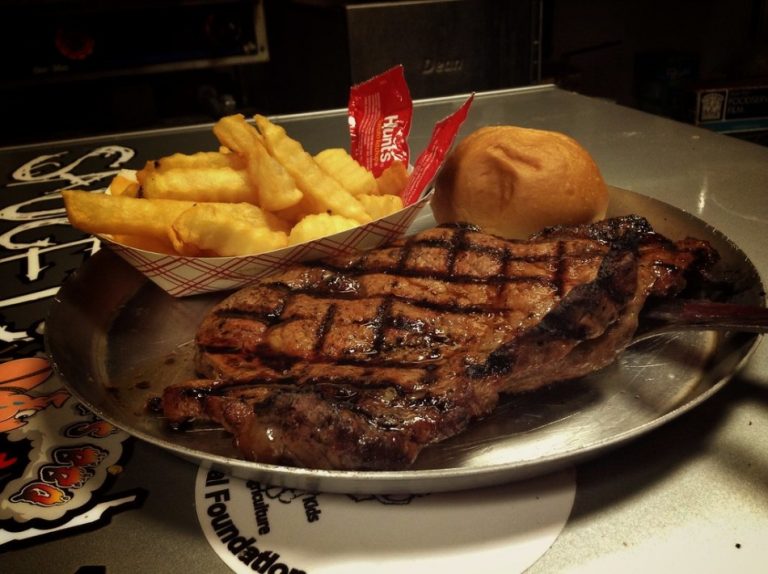 Traditionally, an animal has to be raised to maturity and then killed for the meat to be harvested. (Image: Alexandre Macedo via flickr CC BY-NC-ND 2.0 )

Lab meat, as the name suggests, basically means meat that is grown in a lab. Traditionally, an animal has to be raised to maturity and then killed for the meat to be harvested. Lab meat does not require such a lengthy process. Instead, a technology called “cellular culture” is used where muscle tissues are created from a few cells taken from the animal.

The concept of lab meat is not new. Even Winston Churchill predicted it way back in 1931. “Fifty years hence, we shall escape the absurdity of growing a whole chicken in order to eat the breast or wing, by growing these parts separately under a suitable medium,” he said in a statement (Popular Science).

According to estimates, the amount of meat eaten by a person doubled between 1961 and 2007. This is projected to again double by 2050. With global population surging from the current 7.2 billion to 9.6 billion by 2050, the meat industry will have to put out record quantities of food in order to satisfy appetites of the public. However, this will take a heavy toll on natural resources.

One pound of cooked beef requires about 298 square feet of land and 211 gallons of water. It also consumes about 4,000 BTUs of energy in order to finally get onto the dining table. Considering that almost 80 percent of the world’s farmlands are used to support the meat and poultry industries, increased demand will put excess strain on the environment. This is where lab-grown meats come in as an alternative. Since they are grown in controlled environments, one pound of lab meat would require less energy and resources than traditional farm meat.

Last year, the world’s first lab-grown steak was introduced by Aleph Farms, a company that specializes in cellular meat production. The muscle texture was said to be equivalent to that of farm meat. Though it tasted a bit off, the company believes that it can tweak the taste to make it like traditional meat. Aleph Farms believes that its lab meat will be commercially available in about three to four years.

“Today, over 90 percent of consumers do eat meat and we think the percentage of vegetarians will not grow significantly despite many launches of plant-based products. If you want to have a real impact on the environment, we have to make sure we solve the issue of production, and we grow meat in a more efficient, sustainable way,” Didier Toubia, the co-founder and chief executive of Aleph Farms, said to The Guardian.

In addition to helping us produce meat with fewer resources, the technology involved in the manufacture of lab meat offers several other benefits. For one, cultured meat will improve the quality of the food we consume. Diseases and infections affecting animals often contaminate meat and affect the people who consume it. With lab-grown meat, tissues can be isolated and protected from outside infections, thereby ensuring that the safest meat is available to the public.

Lab-grown meat will also significantly reduce greenhouse emissions. Various studies have shown that cultured meat would require anywhere from 7 to 45 percent less energy than farmed meat. Plus, livestock, including cows, are believed to be responsible for 51 percent of global greenhouse gases. By shifting to lab-grown meat, such issues can be minimized to a good extent.