A Farewell Note From a Tiananmen Square Massacre Victim 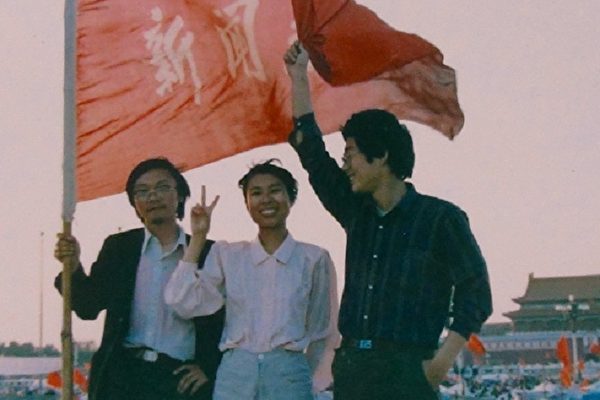 On June 4, 1989, Xiao Jie, a journalism student at Renmin University of China, was killed by the hail of Chinese Communist Party (CCP) bullets fired at the students by the Chinese military. (Image: Public Domain)

On June 4, 1989, Xiao Jie, a journalism student at Renmin University of China, was killed by the hail of Chinese Communist Party (CCP) bullets fired at the students by the Chinese military. Xiao Jie’s parents found a farewell note to them in their son’s belongings left behind at the university. Below is an abridged version of the note.

I am not a loyal son, for I am leaving both of you.

I understand fully that your efforts and hard work brought me into this world, and I have no way to repay you in this lifetime. I had to make the difficult choice to leave you both behind instead.

I believe that I grew up in a very nice family and so, after graduation, I would have no difficulty finding a good paying job with a bright future. I should be content with what I have. As I look around, what I see saddens me: Our country is so poor and backward, with so much social injustice which makes me feel very uncomfortable.

Our country has gone in the wrong direction and is now trapped in the quagmire of poverty and ignorance. The rulers hold the privileges and live a luxurious lifestyle, while their children are even worse. Social scoundrels are everywhere and the police collude with them, acting like a pack of wolves toward the ordinary people. Hundreds of millions of honest workers and farmers are ignorant and the general public is timid — the unfairness in society and the indifference of the people make it hard for me to co-exist and just be good.

My heart is not completely numb. Its sobriety has caused me pain and frustration. I want to shout loudly to wake up the sleepy people and their senseless souls: “It’s time to wake up, my fellow Chinese!” I want to transform this ridiculous sick society. Even if my strength is too limited, I always want to do my part. However insignificant, it is, always righteous.

I know that nothing good could come from fighting with the powerful Communist Party. Their tyranny in suppressing dissidents is unmatched when compared to any democratic government, especially the Kuomintang government that was pushed to Taiwan.

Even so, I will never surrender to the way things seem. History will judge us fairly and will tell the world who is the revolutionary who truly thinks about the future of the nation. The Communist Party has provoked the students to shout “opposing the one-party dictatorship” to the government and the tough revolution is progress.

I believe that one-day history will faithfully recognize our values. We are worthy of this nation and this country. We use our flesh and blood to serve as the pioneers and cornerstone of China’s democratization and modernization.

In this world, I have no one to worry about, but my biggest regret is that I cannot repay you for what you have done for me in this world. You may shout and tell me I am being a selfish son, who has heartlessly left his parents behind.

Please allow me to call you Mom and Dad one more time.