K-Pop and the Masculinity Crisis 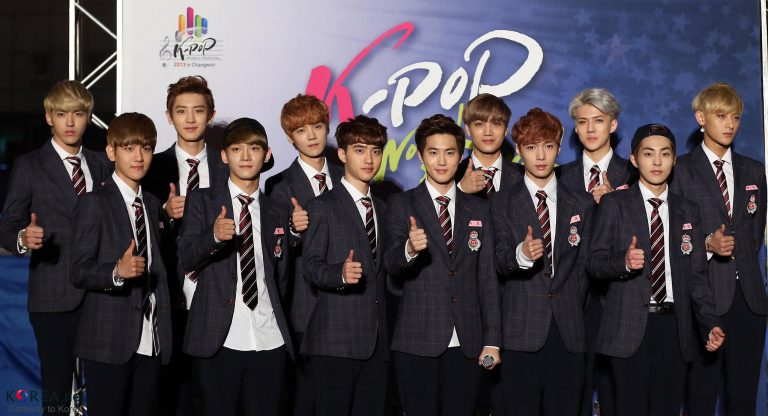 In a world dominated by Hollywood and U.S. pop music, South Korean boy bands carved out their own niche, creating millions of followers. (Image: Republic of Korea via Wikimedia Commons)

K-pop has been a global cultural phenomenon for the past few years. In a world dominated by Hollywood and U.S. pop music, South Korean boy bands carved out their own niche, creating millions of followers. However, K-pop’s rise to popularity has been a hotly debated subject, with some saying that its influence creates a crisis of masculinity.

What makes many people label K-pop as a threat to masculinity is that the stars often appear in a feminized way, with soft skin, clean shaven looks, reddish lips, and so on. Appearance is given supreme importance. This has had a huge impact on men across the world as fans start adopting the look of their idols. South Korea was not always like this. In the 80s and 90s, men in South Korean shows were portrayed as tough guys. In the mid-1990s, music groups like “The Boys” burst onto the scene. This trend gave birth to the K-pop industry and the effeminate look of the boy bands.

“Compared to the 80s and 90s, now there are a lot more soft masculinities — pretty boy images and gentle male images — represented in media, and consumers welcome and widely consume them… I think the phenomenon should rather be explained through the notion of hybrid or versatile masculinity — soft yet manly at the same time — which is different from effeminized,” Sun Jung, the author of Korean Masculinities and Transcultural Consumption, said to the BBC.

Despite Dr. Jung’s assertion, not many actually perceive K-pop idols as manly. In fact, they are only seen as effeminate. Traditional gender roles have always stressed men to develop their character rather than being obsessed with their looks. Attributes like protector and provider have long been categorized as the epitome of manhood. To break away from those archetypes and create an effeminate male identity based on looking beautiful may not be ideal for society.

This is one of the reasons why K-pop is often criticized by religious organizations that emphasize traditional gender roles. “Regaining a proper understanding of what it means to be male in our culture is one of the most urgent cultural tasks we face. No matter how much we insist otherwise, biology, physiology, psychology, even the Bible itself, tell us that men and women are different, both created in their complimentary uniqueness to bring life to the world,” according to Christian Headlines.

Worried over the influence of K-pop boy bands on its male population, the Chinese government has engaged in a campaign to promote traditional masculine qualities. State media often call men who mimic K-pop idols “fresh young meat” and “sissy pants.” Parents have also been raising their voices against TV programs that depict boys in feminine makeup and clothes.

“They’re worrying that if Chinese men are so effeminate… then we will become a weak country in the future and we cannot compete with our rivals… There’s anxiety about the virility of the nation being harmed by those effeminate male images,” Song Geng, from the University of Hong Kong, said to The Los Angeles Times.

To instill masculine values into boys has been identified as a top priority by the state. Some of the measures being advocated include establishing more all-boys schools. Several Chinese experts have been calling for a stronger gender difference in education, warning that effeminate men are a national crisis.