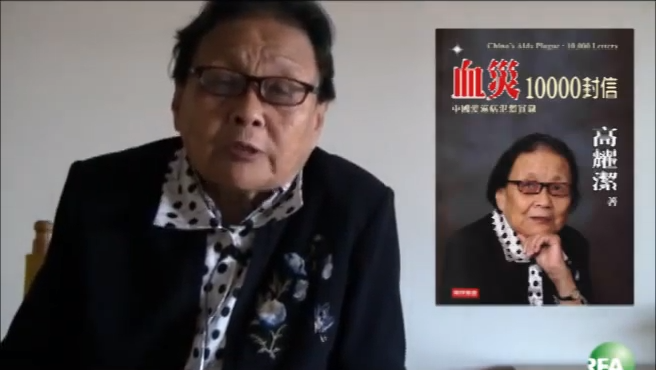 Dr. Gao Yaojie is a Chinese-born gynecologist turned AIDS activist. She was placed under house arrest in 2007 by the state after accusing the government of hiding the AIDS infection rate of the country. Gao left China in 2009 and settled in Manhattan, where she still resides.

In the late 1990s, Gao realized that AIDS was quickly becoming a problem in China. She started working on educating the people of Henan Province about the disease. Gao printed a manual detailing the risks of AIDS and how to prevent oneself from contracting it. She distributed the book to the common people and in hospitals. In Henan alone, she visited over 100 villages and treated more than 1,000 people. During her days in China, she visited hundreds of villages and tried to help as many people as possible.

The Chinese government was of the opinion that AIDS was spreading among the population due to sex and drugs. However, Gao discovered that transfusion of contaminated blood was the main reason for the epidemic. She also found that the state was hiding the real number of people affected by HIV. Gao speculated that certain officials in the government had monetary interests in continuing illegal blood sales and did not want disruptions to their cash-making business. Feeling threatened by Gao’s actions, the Chinese government started monitoring her, tapping her phone, and putting surveillance cameras in her apartment.

Eventually, Gao had to flee China. “I want more people to know about the real AIDS situation in China… My books are banned in China. But through the media, I hope more people will become aware of the issues I write about… Living is too painful for me. I am only living to finish these books so I can leave these records in history,” she said to South China Morning Post.

According to official government data, there are about 750,000 to 800,000 HIV infected people in the country. But in 2010, Gao had indicated that the real number of infected people could be 10 million or more. Plus, she also suggested that the rate of HIV cases turning into AIDS was around 30 to 40 percent, unlike the government figure of just 5 percent. Today, the AIDS situation could be much worse because of society’s liberal attitudes toward sex. Unfortunately, there is no way of knowing the actual numbers since the state blocks all research on the subject.

The problem with AIDS has been that it is incurable. If you contract the disease, it is almost certain that you will die. Fortunately, a ray of hope emerged recently after an HIV-positive man was declared to have been cleared of the AIDS virus. He had received a bone marrow transplant from an HIV-resistant donor.

“To find a cure for HIV is the ultimate dream… Although this breakthrough is complicated and much more work is needed, it gives us great hope for the future that we could potentially end AIDS with science, through a vaccine or a cure. However, it also shows how far away we are from that point and of the absolute importance of continuing to focus HIV prevention and treatment efforts,” Michel Sidibe, Executive Director of UNAIDS, said in a statement (UNAIDS).

As of 2017, almost 36.9 million people in the world are infected with HIV, of which 1.8 million are children less than 15 years old. Since the 1980s, around 35 million people have died from AIDS. To find a cheap cure for AIDS would definitely help to save millions of men, women, and children.