High School Kids Rescued From the Sea by a Miracle 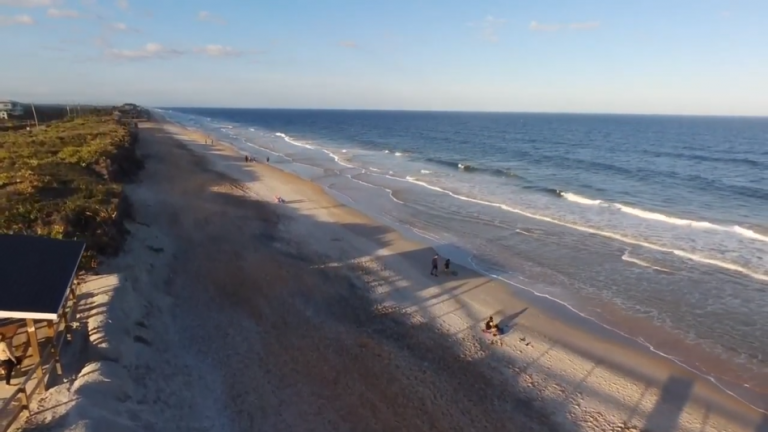 Two high school teenagers went out for a swim and got so caught up in strong sea currents that they ended up stranded for more than an hour. (Image: Screenshot / YouTube)

Two high school teenagers went out for a swim and got so caught up in strong sea currents that they ended up stranded for more than an hour. Desperate, they called out to God for help, and then a miracle happened.

Escape from the sea

Tyler Smith and Heather Brown are classmates at Christ’s Church Academy in Florida. On April 18, both of them went to Vilano Beach where they saw an island at a distance. They decided to swim to the location and jumped into the water even though no lifeguard was present. Smith initially aimed for a red buoy, but later discovered that the distance to the object was becoming larger. An attempt to reach St. Augustine Lighthouse also ended up the same way.

“We started to realize we were getting further away from the lighthouse rather than getting closer… That’s when we started to freak out… This current pushed us so far we couldn’t do it… At that point, we knew were in trouble… If we kept swimming, we would have drowned… When we linked arms, honestly cried out to God, ‘If you’re out there, please send something to save us,’” Smith said to CBS News.

The teenagers had almost lost all hope when 30 minutes after their prayer a boat came out of nowhere and picked them up. Surprisingly, the boat was named “Amen.” The crew gave them blankets to warm up and took the teenagers back to shore. Fortunately, both of them were unharmed. The captain of the boat, Eric Wagner, later stated that they were 200 yards away when they spotted the teens.

“We realized there were two people who should not be there… I assumed their vessel, their kayak, or something had sunk. They were stranded and had life jackets on and were waiting for us to pick them up… We were the only boat there, too… It was a day that only the fishing boats were going out and they go straight out to the Gulf Stream. They don’t go up and down the coast, so I don’t think any boats would have found them… I don’t want to call it dumb luck, it wasn’t, it was the hand of God,” he said to ABC News.

Smith and Brown will be graduating from high school in a few weeks. The teenagers are thankful that God heard their prayers and believe that He sent Captain Wagner to rescue them.

Rescued from a sunken ship

A similar miraculous rescue from the sea was that of Harrison Okene from Nigeria. In 2013, Okene was a cook aboard a ship that suddenly got hit by heavy swells. As a result, the vessel sank about 12 miles from the Nigerian coast. He was trapped nearly 100 feet under the sea and water had begun to swell up inside the cabin Okene had locked himself up in.

Scared for his life, Okene started praying. “I prayed about a hundred times… When I was tired, I started calling on the name of God. I was just calling on His name for divine intervention,” he said to The Telegraph.

He survived for 60 hours inside the air pocket of the cabin. Fortunately, that was enough time for the rescue team to locate Okene and bring him up to the surface. Eleven crew members died in the accident. Okene was the sole survivor.