The Role of Merchants in the Ancient Kingdom of Babylon 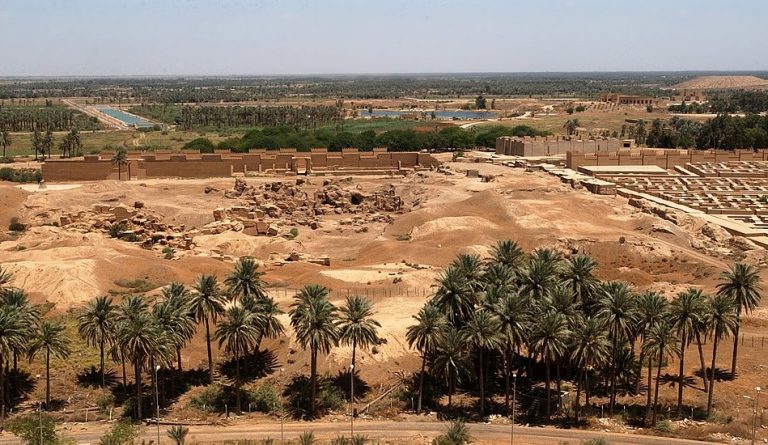 Babylon was an ancient kingdom in Mesopotamia that played a huge role in the development of human civilization. (Image: wikimedia / CC0 1.0)

Babylon was an ancient kingdom in Mesopotamia that played a huge role in the development of human civilization. The city was built on the banks of the Euphrates River and has been ruled by multiple empires, including the Achaemenid, Roman, and Sassanid. Babylonians had a well-developed trading relationship and merchants played a key role in the kingdom.

Our knowledge of merchants in ancient Babylon comes from the famous “Code of Hammurabi,” a set of laws that governed Mesopotamian society. Almost a tenth of the Code covers laws of business and economics, including laying out the duties and responsibilities of the merchant class. Hammurabi recognized complete private ownership of property.

The merchant class made money by selling land and houses. However, they also traded in slaves, quite a lot of them. Like other Mesopotamian cities in those times, the lowest class of Mesopotamia consisted of slaves. Only the merchants had the authority to buy and sell slaves. They were tasked with recording prices of the transactions so that the city could tax and gain from it.

Merchants were given a high level of protection by Hammurabi’s laws. Their investment in any venture was always protected by the state. If a merchant were to provide venture capital to a broker and the latter were to suffer a loss, the merchants would have been shielded from it according to the law. The state would ensure that the merchants’ losses were covered in full.

Merchants also controlled the banking system of Babylonia. If a person were to borrow a shekel of silver from a merchant, they were required to pay it back together with 36 barleycorns. Only trustworthy merchants were allowed to conduct banking. If anyone else was caught conducting banking, they would be punished by the state. Even the royals were banned from extending credit to citizens.

The merchants who were tasked with banking are believed to have been one of the richest groups in Babylon. However, they did bear an unusually high risk from the activity since there was no guarantee that the borrower would repay them. As a result, interest rates were very high, with lower classes estimated to pay as much as 35 percent. The loan terms were flexible and merchants were careful to extend the period in unusual circumstances. For instance, if a farm of a borrower were devastated due to weather, the farmers were exempted from having to immediately return the borrowed money.

Babylonians also had a concept of customer service and recourse for dissatisfied customers. This is evidenced by a letter from 1750 B.C. recovered from the Mesopotamian region and currently under care at the British Museum. The letter is apparently written by a person called Nanni to a supplier of copper ore. Dissatisfied by the quality of the copper ore, Nanni had sent assistants to the merchant for a refund, but was rejected.

“I have sent as messengers, gentlemen like ourselves, to collect the bag with my money (his refund, I believe), but you have treated me with contempt by sending them back to me empty-handed several times, and that through enemy territory,” Nanni says in the complaint (Forbes).

Nanni sought a resolution to his grievance several times, but it seems as if the merchant was not at all interested in refunding the money. This is surprisingly similar to today’s customer dissatisfaction with certain products and their interaction with customer service representatives.