US Slams Chinese Attempt to Encroach Into the Arctic 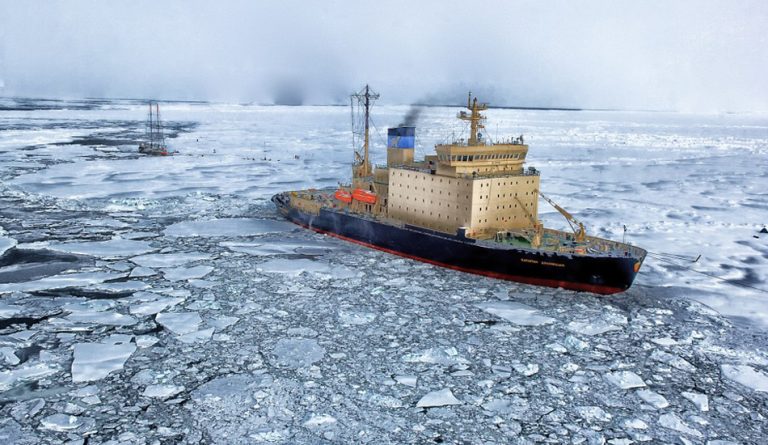 The U.S. has criticized China’s attempts to dominate the Arctic and turn it into another South China Sea-type conflict-plagued region. (Image: via pixabay / CC0 1.0)

The U.S. has criticized China’s attempts to dominate the Arctic and turn it into another South China Sea-type conflict-plagued region. The remarks were made by Secretary of State Mike Pompeo in a speech at the Arctic Council. He also added that the U.S. plans to raise its presence in the Arctic in response to Chinese aggression.

“This is America’s moment to stand up as an Arctic nation… The region has become an arena of global power and competition… We’re entering a new age of strategic engagement in the Arctic, complete with new threats to Arctic interests and its real estate,” Pompeo said in a statement (The New York Times). The Secretary of State went on to describe the Arctic as a land of opportunity given its untapped reserves of gas, oil, rare earth minerals, uranium, gold, and fish. The rapidly melting ice in the region is opening up new shipping routes that have never been explored.

The Arctic Council is made up of eight countries in the region and has representatives of indigenous people from the area. The main aim of the council is to discuss topics that seek to protect the sensitive environment of the Arctic. As such, Pompeo’s statements came as a shock to many diplomats at the event who thought that they were out of place. However, there is a good reason why Pompeo bluntly raised the issue — the threat from China. Tiptoeing around the issue longer would only give Beijing time to increase its hold over the Arctic region.

“The Chinese need to sustain economic growth. One way to do that is to improve their access to natural resources, particularly energy, rare-earth minerals, and sea-based protein.  They also would like to develop an alternative shipping route from Europe to Asia that is not dependent on the Straits of Malacca or the Suez Canal, areas with a heavy U.S. naval presence. Chinese actions in the Arctic are consistent with these goals,” according to The Hill.

The U.S. will soon solidify its presence in the Arctic through new icebreakers and military exercises. The American administration also sought to prevent any mention of the Paris Climate Agreement in the text of declaration that would summarize the Arctic Council’s work at the meeting. Pompeo criticized the Paris Agreement for not having proper penalties and incentives.

The push for the Arctic

China outlined its overall plan for the Arctic in a blue paper published last year. Dubbing the Arctic shipping route as the “Polar Silk Road,” Beijing has already added it to the Belt and Road Initiative (BRI). According to estimates, China stands to save anywhere from US$53.3 billion to US$127 billion in annual shipping costs if it transports goods to Europe through the Northern Sea Route along Russia’s northern coast rather than relying on the current route through the Indian Ocean and Suez Canal.

Beijing also described itself as a “near Arctic country” in its first Arctic Policy released in January 2018. It secured a permanent observer status in the Arctic Council way back in 2013 and is encouraging Chinese shipping companies to explore the Arctic routes. State-owned China Ocean Shipping Company (COSCO) is the first company in the world to send a container ship through the Northern Sea Route.  Currently, the route only remains ice-free for just a few months every year, making it an unreliable way to transport goods consistently.