How Dark Matter Interacts With the Human Body 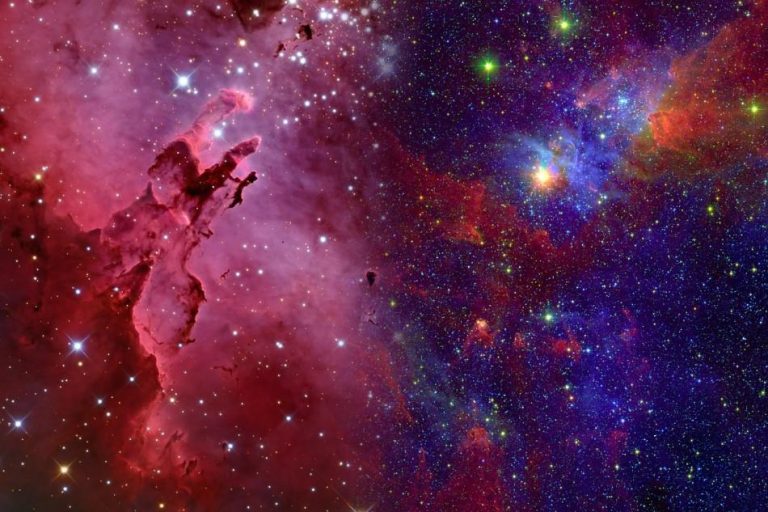 The average human body apparently gets hit by a dark matter particle once every minute. (Image: spirit111 via Pixabay)

Think you have never come in contact with dark matter? You couldn’t be more wrong. The average human body apparently gets hit by a dark matter particle once every minute according to Katherine Freese from the University of Michigan and Christopher Savage from the Stockholm University.

Dark matter and the human body

Dark matter is basically a hypothetical matter that scientists believe must exist so as to explain some of the strange gravitational effects on galaxies and clusters. It is estimated to make up 80 percent of the matter in the universe. But since no one has been successful in observing dark matter, information remains scarce.

Weakly Interacting Massive Particles (WIMP) are dark matter particles that have a weak effect on regular matter. They quickly pass through all objects in the universe, including human beings. However, if the WIMP is of a specific mass, it can collide with regular particles every now and then. It is this idea that fueled the research on dark matter interactions in the human body. And the researchers came up with some interesting conclusions.

Earlier, Katherine had thought that a WIMP would collide with nuclei in the human body maybe once in a lifetime. But she soon discovered that this was false by a huge margin. WIMPs were found to be interacting with the nuclei possibly every minute.

“Freese and Savage calculate how many times nuclei in the average-sized lump of the flesh ought to collide with particles of dark matter. By average-sized, they mean a 70 kg lump of meat made largely of oxygen, hydrogen, carbon, and nitrogen… Freese and Savage calculate that there must be some 100,000 collisions per year for each human on the planet,” according to Technology Review. What this means is that your body will probably have been hit by several WIMPs by the time you finish reading this article.

The study also raises a serious concern — doesn’t the fact that the body is being bombarded with dark matter particles pose a risk to humanity? Since it is WIMPs that are colliding with our bodies, the scientists see no risk in such events. After all, human beings have been living with these collisions for thousands of years without any problem. However, if two WIMPs were to collide within the human body, then that would turn out to be very dangerous.

“Say they each weigh a hundred times the mass of a proton… By two of them hitting, you’d get 200 times as much energy as the mass of a proton. That’s pretty energetic… this could cause a mutation that would be bad for you… But the odds of it happening are really low,” Freese said to National Geographic.

When talking about dark matter, most people assume that it is of a singular nature. This need not be the case. After all, the visible matter which makes up just 5 percent of the universe has several types of matter ranging from quarks, electrons, and such. Therefore, to assume that dark matter would be limited to just a single type would be illogical.

Once we are successful in devising a means to observe them, we will be able to unravel the various types of dark matter and their power. Some say that this might take a long time. More optimistic scientists are of the opinion that we should have the technology to directly observe dark matter at least within the next 5-10 years.