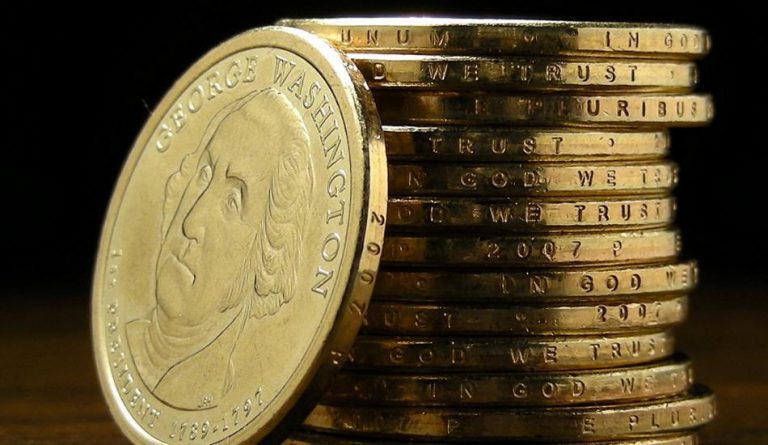 The fiat currency system might soon collapse. (Image: via wikipedia)

The U.S. went off the gold standard in 1933. Eventually, governments across the world adopted a fiat currency model for transactions, with the U.S. dollar becoming the top reserve currency. Today, almost 80 percent of global trade is estimated to be conducted in U.S. dollars. However, there is a move to ditch the U.S. dollar and use other currencies, including a global currency, as the world’s reserve currency. This would put America at a disadvantage. To avoid this, many economic experts suggest that the United States might shift to a gold standard in the future.

Reverting to the gold standard

The International Monetary Fund (IMF) seems to be very interested in advancing the use of Special Drawing Rights (SDR) for international transactions. “An SDR is essentially an artificial currency instrument used by the IMF and is built from a basket of important national currencies. The IMF uses SDRs for internal accounting purposes. SDRs are allocated by the IMF to its member countries and are backed by the full faith and credit of the member countries’ governments. The makeup of the SDR is re-evaluated every five years,” according to Investopedia.

President Trump is known to be against the idea of a global currency like the SDR. A global currency would provide the group that controls the currency control over the affairs of other nations. As such, if the U.S. were to accept the SDR as a global reserve currency, America will eventually have to frame its financial policies in accordance with IMF rules.

“There is no such thing as a global anthem, a global currency, or a global flag. This is the United States of America that I’m representing,” Trump said in a statement (Casey Research).

As global powers veer to replace the U.S. dollar with another currency, America only has one option — to revert to the gold standard. This would mean linking the value of paper money to that of physical gold. Such a move would discourage inflation since excess money will not be floating around in the economy. It also restricts the government budget deficit and debt from spiraling out of control since they cannot exceed the supply of gold.

On the downside, a gold standard would limit economic growth, since nations can only print money equal to the gold they possess. However, this is something that is inevitable since the current fiat currency system is unsustainable. After all, how long can governments keep printing money without backing it up with a hard asset? A gold standard will ensure America remains free from external control. Trump has often expressed his fondness for a gold-backed currency.

Russia and China also seem to be making a serious move to replace the US dollar with gold for transactions. In January this year, Alexander Afanasiev, CEO of the Moscow Exchange (MOEX), suggested the Russian parliament that the country should use gold mined from Russia instead of U.S. dollars, arguing that it would be a safer form of investment. China has also been on a gold-buying spree, acquiring close to 32 tons of the yellow metal between December 2018 and February 2019.