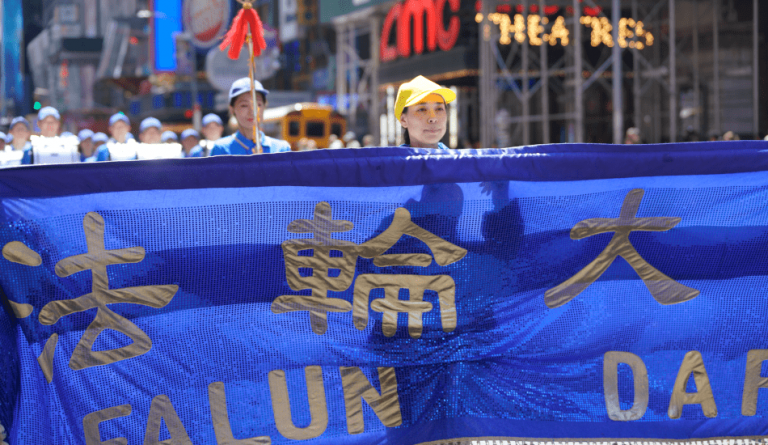 When you think of things to celebrate in May, it’s likely that Mother’s Day and Memorial Day spring to mind. But there’s another event, celebrated annually in May, that recently drew close to 10,000 people to New York from around the world: World Falun Dafa Day.

The Chinese spiritual discipline Falun Gong, also known as Falun Dafa, combines physical exercises and meditation while stressing the importance of moral principles based on the universal values of Truthfulness, Compassion, and Tolerance.

It was introduced to the public in May 1992 and World Falun Dafa Day is celebrated on May 13 each year to commemorate the event. It is celebrated in over 100 countries by millions of Falun Dafa practitioners of different races, cultures, professions, and ages every year.

The parade began at the United Nations Plaza at 47th Street and Second Avenue and traveled through Times Square before ending near the Chinese consulate at 12th Avenue.

Wearing traditional clothing in the parade makes it more colorful and meaningful.