Now, the US and China Are Engaged in a Visa War 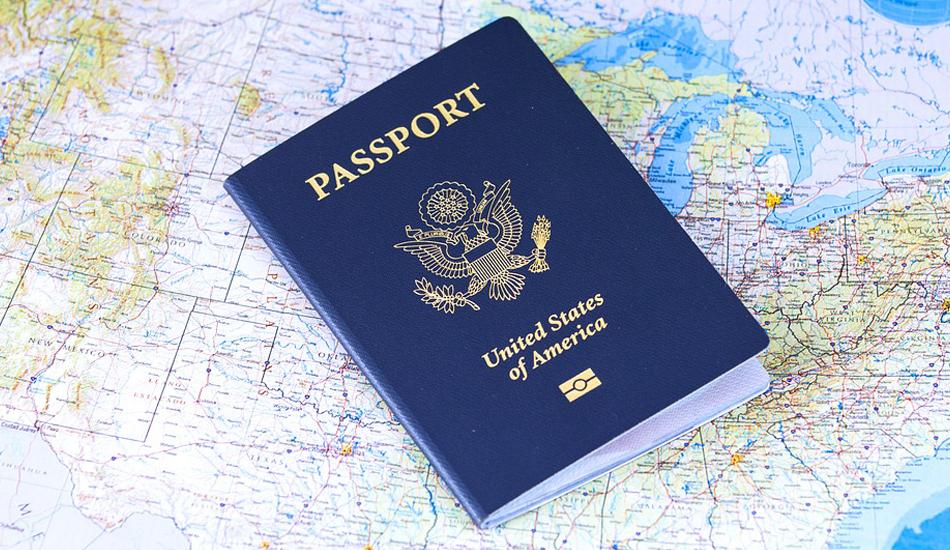 Artists and Their Role in Society

Ancient Chinese Hairstyles Through the Years

A Real-Life Fairytale at Isola Di Loreto in Italy

Skystone: The Fascinating Alien Stones That Fall on Earth

The Amazing Effects of Onions Soaked in Red Wine

While the trade war between America and China is hogging headlines, there is another conflict ratcheting up tensions between the two countries – a visa war. Both nations have been denying visas for scholars from the other side for quite some time now.

In 2018, the U.S. administration began restricting visas to Chinese students and scholars after intelligence agencies warned that several of these people might indulge in espionage activities. Sensitive and advanced scientific fields like nanotechnology, military technology, aviation, etc. were said to be at risk of being compromised in case the Chinese spies gained access to research materials. In 2018, almost 30 Chinese scholars had their visas rejected by the American government.

Prominent among them was Zhu Feng, an international relations expert who was picked up by the FBI when he landed in Los Angeles and questioned on his suspected employment with the Chinese military. It turns out that Zhu had indeed worked at an organization of the ruling Communist Party. In February this year, famous Chinese quantum physicist Pan Jianwei was also denied a travel visa to America. Though the authorities never gave a clear answer as to the rejection, it is suspected that Pan’s involvement in China’s “Thousand Talents Plan” was a major reason for the visa ban. The “Thousand Talents Plan” is a Chinese state-run program that seeks to attract brilliant minds from across the world to work in China.

Critics of the new visa policy warn that this might eventually end up as a discriminatory practice and could spook out genuine Chinese nationals who would work for America’s benefit. “These people are among the most sophisticated in how the U.S. works and are some of the strongest advocates of good relations with the United States… We are alienating some of America’s best friends in China,” Susan Shirk, chair of the 21st Century China Center at the University of California San Diego, said to The New York Times.

However, such concerns have been rubbished by U.S. officials. Scott C. Walker, a spokesperson of the U.S. Embassy, stated that there was no campaign to racially target Chinese people in the U.S. when it came to handing out visas. America had apparently granted 350,000 visas to Chinese students and scholars in 2018. As such, picking up a few cases of visa denials and presenting it as “discriminatory” would be illogical, since most people who have been rejected visas have past associations with Chinese state organizations.

“We welcome scholars to the United States to conduct legitimate academic activities… The U.S. intelligence and law enforcement communities have identified an increasing number of instances in which foreign intelligence services co-opt academics, researchers, and others to conduct activities on behalf of foreign governments during the individual’s stay in the United States,” he said in a statement (NPR).

China has been denying visas for academics around the world for a long time now, especially those who plan on talking about topics like democracy or human rights. In March this year, Michael Pillsbury, director of the Center on Chinese Strategy at the Hudson Institute, was denied a visa by the Chinese Embassy to attend an event in Beijing. Pillsbury is well known as the author of The Hundred Year Marathon: China’s Secret Strategy to Replace America as the Global Superpower, in which he outlined Beijing’s plan to replace the United States as the global superpower by 2049.

Another American scholar, Wendy Cutler, also had her visa application rejected. She is the vice president and managing director of the Washington D.C. office of Asia Society Policy Institute (ASPI) and was the chief negotiator of the U.S.-Korea Free Trade Agreement.

Nspirement Staff
Nspirement (or Inspirement) is the act of becoming motivated, encouraged, and enthused to the point of making a significant difference or change. Our aim is to offer articles that will inspire, uplift, and educate our readers, as well as insights into all things China and China’s impact on the world today.
355FansLike
8,782FollowersFollow
2,314FollowersFollow
Previous articleWhy Are Businesses Incorporating 3D Printing?
Next articleThe Russian Cosmonaut Who Time Traveled ‘Into the Future’

If you're looking for a quick week-night meal to prepare, you can't go wrong with Yaki-Soba fried noodles! Prepare time:...
Chinese Culture

One Kind Act Is Everlasting and Creates Another and Another…

Nspirement is the act of becoming motivated, encouraged, and enthused to the point of making a significant difference or change. Our aim is to offer articles that will inspire, uplift, and educate our readers, as well as insights into all things China and China’s impact on the world today.