Why Are Businesses Incorporating 3D Printing? 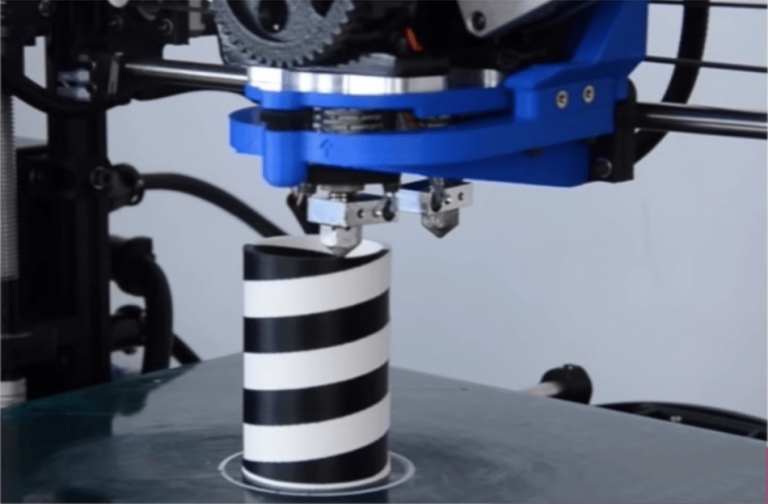 When 3D printing first arrived on the scene, it was clear that the technology had a lot of potentials, but no one was really sure where it would go. (Image: YouTube/Screenshot)

When 3D printing first arrived on the scene, it was clear that the technology had a lot of potentials, but no one was really sure where it would go. Now that it’s had some time to develop properly, we can confidently label it as a revolutionary solution for modern development and manufacturing.

In fact, the technology looks to be so instrumental that it’s going to completely change the face of future business. To understand why one must consider the many benefits it can offer and why so many businesses are adopting it as part of their routine.

Also referred to as additive manufacturing, 3D printing sales in the U.S. will likely reach US$2.7 billion in 2019, and continue beyond US$3 billion in 2020. It’s promising growth, that much is obvious, but it also shows just how fast adoption of the technology is accelerating.

Here’s why the technology is becoming more and more instrumental to modern business:

What many people don’t realize is that additive manufacturing has been around for quite some time, decades even — it was invented by MIT in the 1980s. Organizations actually used it to print prototypes and conceptual goods for years. But the technology was never as advanced as it is today, or as fast.

Now, a prototype can be printed and assembled in a matter of hours. Companies like UPS also offer third-party printing services, with same-day production timelines. What this means is that a process that used to take weeks or months can suddenly be done in under a day. It allows for much faster prototyping processes. Teams can whip up a design, print out a test product or item, and then make modifications all in record time.

This ensures that the process is less costly, as well as completes faster, which translates in several ways — the most important being faster time to market.

From their initial design, all the way to mass production, products and goods have a much faster timeline with 3D printing methods. It’s not just the prototyping process that picks up speed, it’s everything. Moreover, production timelines continue to shrink as the technology becomes more advanced and more capable.

The nature of the technology means that companies can push their manufacturing process much closer to the customer than it’s ever been before. This translates, of course, to faster delivery times for consumers, who are more than happy to receive their goods — many of which are on demand — at the drop of a hat.

An endless supply of materials

In the early days, additive manufacturing was really only used with one or two major materials, ABS or hard plastic being the most pertinent. However, today’s printers are now capable of working with a wide variety of materials  — from concrete to metal.

The technology is even being merged with advanced robotics to do amazing things. One unique robot, for example, can lay bricks five times faster than human laborers. Another type of system, presented by MIT, can print an entire building. Other uses for the technology including the printing of organs and prosthetics, food development, and even glass production.

Just plastic alone holds a lot of promise, but thanks to the inclusion of all these disparate materials, 3D printing is truly elevated to its full potential.

Additive manufacturing used to be relatively slow, but not in terms of hours, it could take days — some less efficient machines still do take that long. Today’s machines are faster and capable of much larger print capacities, which means companies can print large build volumes in a relatively short time frame.

This allows them to compete with other printing or technology methods they couldn’t in the past.

A similar technology or process called CNC machining, or subtractive manufacturing, tends to be much faster and more precise. Unlike additive manufacturing, which prints layer by layer, often from the bottom up, computer numerical control (CNC) machines produce goods the opposite way. A block or chunk of material is trimmed down to incredibly precise dimensions. It’s often used to create robust parts, namely used in airplanes, engines, and more.

CNC also calls for the use of multiple tools, including drills, saws, and grinders, which are not just used to make cuts or trim, but also to finish the item in development. This means that goods are often created more field-ready, and don’t require any additional sanding, finishing, or trimming.

Today’s 3D printers still take a little more time, but their speed is now much more comparable to even CNC machines.

Closer to the consumer

Because they are relatively cheap, fast, and capable, 3D printers can be adopted and used in many new ways, specifically to move manufacturing closer to the consumer than ever before.

But it’s not just manufacturers specifically that this applies to. A small business, for example, could install a printer and start mass-producing goods in a matter of hours. It changes the game completely, in some cases cutting out the middlemen and altering the entire manufacturing process.

That’s not how it’s done in every case, but the point is that the option is there. Even better, new printing providers like Sculpteo are starting to appear that allow nearly anyone to come in and start ordering or printing custom goods.

Imagine ordering a new pair of shoes online, customizing everything from the color and style to the type of material used. Then, imagine those totally unique shoes arriving on your doorstep — or available for pickup — in a matter of hours. That’s exactly the kind of thing that’s now possible with additive manufacturing.

Many businesses are now allowing their customers to personalize their goods and experiences with the help of this technology. There’s a lot to it, of course, but the biggest driver is the speed and efficiency with which 3D printers can create. They present a whole host of new opportunities and business processes, many of which are consumer-focused. Full personalization, faster delivery times, on-demand features, and product changes — you name it.

3D printing is changing the game

Simply put, additive manufacturing is completely changing the face of modern manufacturing and business. Not only does it relocate the entire development process closer to the consumer, but it also speeds everything up exponentially. A company can have a prototype ready in a matter of hours, fine-tune the particulars, and then begin mass-producing a final product shortly after. This significantly shortens the time to market, allowing businesses to deliver new opportunities and experiences, as well.

Fully customizable and on-demand products are just one example of how technology is shaping the business world. More will surely change, as the technology continues to advance and we come to learn many new uses for it.