‘Game of Thrones’ Represents the Real World Almost Too Perfectly 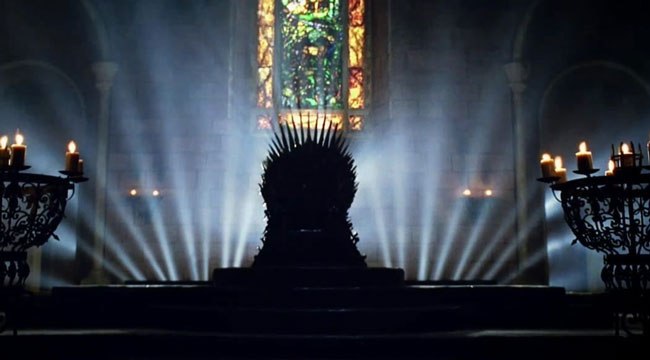 'Game of Thrones,' the most popular show in the history of television, has finally ended. (Image: Screenshot / YouTube)

Game of Thrones, the most popular show in the history of television, has finally ended. Though many longtime fans were unhappy with how the story wrapped up in the last season, it should be clear to any political theorist that Game of Thrones captures the chaotic reality of our world quite beautifully.

One of the central characters of the show, Daenerys Targaryen, perfectly symbolizes the communist dictator who vows to bring “peace” to the world. Daenerys is the original heir to the kingdom of Westeros. However, she has to flee at a young age due to an internal rebellion that toppled the power of her father. She later finds three dragon eggs that hatch and the creatures become loyal to her. Daenerys soon becomes known as the “Mother of Dragons.” Over the next few years, the dragons grow up to be fearsome creatures, capable of burning down entire cities and fleets of ships.

Due to her upbringing and the encounters she has with the slaves of the society, Daenerys starts believing that reforming the social order is her ultimate destiny. She uses her dragons to crush slave owners and conquer cities in a bid to create a “new, beautiful world” that will be free from all the evils of mankind. In the first seven seasons of the show, the public rooted for her character. But in the eighth season, writers revealed the corrupt nature of Daenerys’ obsession.

In one of the last episodes, Daenerys conquers the kingdom of Westeros by using her dragon to burn down a part of it. Thousands of innocent men, women, and children perish in the fire. The horror of her senseless attack leaves even loyal followers aghast. In a post-war speech, Daenerys declares to her army that they have “liberated” the people of Westeros and promises that she will not stop until she liberates all other kingdoms around the world. She argues that the death of a few innocent people is necessary to build a “just” world. Finally, her most trusted follower, Jon Snow, is forced to kill her after he realizes that Daenerys will end up bringing death and destruction to the entire world because of her perverted idea of liberation.

Daenerys’ story arc essentially played out like that of a communist dictator who promises to “make the world a better place,” only to create havoc by tearing down societies. The proponent of freedom and equality eventually ends up being the worst oppressor. In one verbal exchange, Jon asks Daenerys how she knows what she is doing is right. Daenerys answers that she is queen and that whatever she does must be right, perfectly capturing the mind of a dictator. The moral values of such people are not based on reason but on the premise that they are such exemplary human beings that whatever they do has to be right. Game of Thrones directly reflects today’s societies.

Establishing democracy in ‘Game of Thrones’

By the end of the story, the various noble houses gather together and decide on establishing a limited democracy. It is decided that the kingdom will no longer have a ruler who will be king because of their birthright. Instead, the nobles will choose a person depending on whether they have the qualities to be a just ruler.

This is a nod to our own political history where centuries of wars between kingdoms, colonization, and slavery ended up with every country adopting a democratic system of governance where people choose who should lead them. The fact that Westeros becomes a democracy is no coincidence since prolonged periods of senseless conflicts eventually lead to such governance systems as people seek to end the violence through some sort of compromise.

But it is also a warning to us that if we lose our democratic values, we will trigger a fresh cycle of violence where every nation will turn against each other for their own benefit and millions of innocent people will have to suffer as a result.