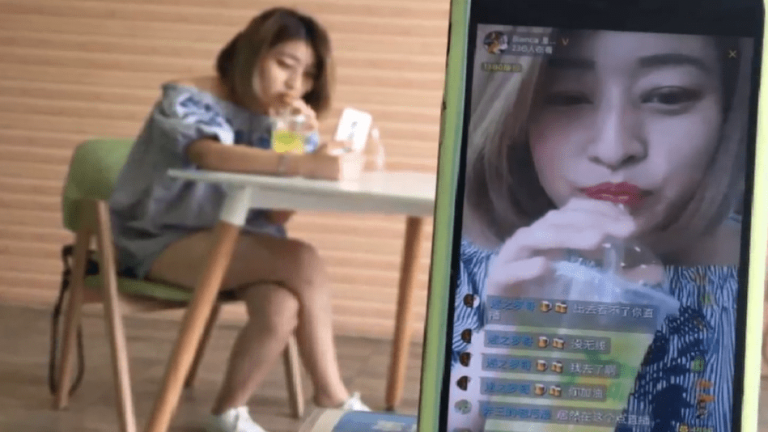 Millions of people across the world conduct live streams and interact with their fans on a regular basis. (Image: Screenshot / YouTube)

Millions of people across the world conduct live streams and interact with their fans on a regular basis. In one country, live streaming has taken off in a big way — China. According to ASKCI Consulting, the Chinese live streaming market is expected to hit US$10.84 billion by the end of this year. And by 2020, the figure could reach close to US$12.6 billion, which is double the numbers from 2017.

The popularity of live streaming in China can be attributed to the loneliness many people feel in the country. China’s one child policy left today’s youth with no siblings of their own while growing up. The rapid economic development over the past two decades has created a generation of youngsters who are so focused on careers that they have no time for serious relationships or setting up a family. As a result, many of them end up just working long hours and become lonely.

Live streaming enables many to overcome this loneliness. Since Chinese media is strictly controlled by the state, the programs that are broadcast are usually self-censored by people and end up looking too polished and artificial. In contrast, live streaming is “raw,” connecting one person’s ideas, emotions, and talents with others without any pre-written script or formality. Many Chinese have lapped up the authenticity of live streaming content. Some even see live streamers as their own brothers and sisters.

“Livestreamers are very popular in China right now because they have come from very poor backgrounds with little education and don’t have great career prospects in real life. So the kind of jokes they tell tend to be a little bit dirty or ‘crass,’ and also they just sing some cheesy pop songs to appeal to their fans. These are the type of content that a typical, let’s just say a migrant worker, after he or she have finished working in a factory or in a dead-end office job, when they go back home they want to consume this type of content and be able to interact with the livestreamers,” Hao Wu, a film director, said to Marketplace.

Momo is a leading live streaming website in China, with an average monthly active user base of 108 million people as of June last year. The website was initially a dating and social media platform. Only in 2015 did they add the live streaming feature. It had 4.6 million paying users as of Q2, 2018, and generated US$494.3 million in revenue.

Huajiao was launched in 2015 purely as a live streaming app and had more than 140 million users as of late 2017. YY is more popular in lower tiered cities and is usually not considered a trendy app among youngsters. As such, it has a lower number of subscribers at about 80 million.

Yizhibo is integrated with China’s largest social media platform Weibo and therefore has a very wide reach. Official figures for Yizhibo are unavailable. But considering that Weibo reported around 392 million monthly active users in 2017, Yizhibo definitely is one of the largest live streaming platforms in China.