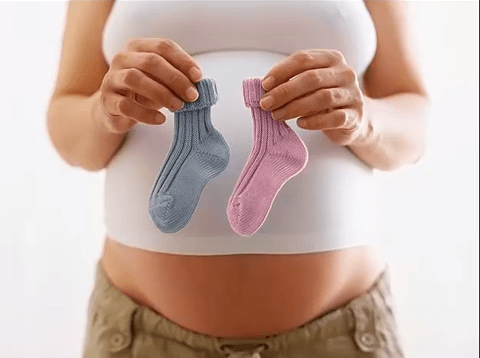 There is an ancient Chinese way to determine a baby’s gender that some say has an accuracy rate of over 90 percent, while others say that it presents only a 50-50 chance.(Image: Screenshot / YouTube)

Pregnant women who wish to know the gender of their baby usually have to wait for about 18 to 26 weeks after pregnancy for an ultrasound test. It gives the most accurate prediction of the child’s gender. But for those who do not wish to wait that long, there is an ancient Chinese way to determine a baby’s gender. However, do keep in mind that this method is not as reliable as an ultrasound. While some say that the Chinese way has an accuracy rate of over 90 percent, others say that it presents a 50-50 chance.

The Chinese gender predictor uses the mother’s lunar age and lunar date of conception as data to calculate the baby’s gender. Since it uses the Chinese lunar calendar for calculations, it can get a bit complicated for people from the West. This webpage offers an easy solution. Just enter your date of birth and date of conception according to the Western calendar and it will output the gender of the baby.

The Chinese gender predictor can also be used to conceive children of preferred gender. Based on your age, look for timeframes that predict a continuous chance for the baby being a specific gender and try to conceive during that timeframe. In fact, this prediction system was actually developed by the Chinese to have male children.

About 700 years ago during the time of the Qing Dynasty, the royal family had a deep interest in finding a way to conceive sons who would carry forward the lineage. The wise masters of those times used knowledge from the I Ching, the Five Elements, the Eight Trigrams, and the Yin/Yang concepts to devise the gender predictor chart. It was initially used only in the Qing palace and was forbidden outside.

At the end of the Qing Dynasty, it was looted and eventually brought to England. Later on, the chart was taken to Austria by a professor. A Chinese scholar came across it and took it back to China. At present, the original copy of the chart is stored at the Institute of Science in Beijing.

Other ways to predict gender

There are various other ways to predict the gender of an unborn child. One of them uses the heart rate of the fetus. The idea is that boys and girls have varying heart rates when they are in the womb. A child whose heart pulses at 140 beats a minute or lower is considered to be a boy while those above 140 beats per minute are believed to be girls.

Some say that the gender of a baby can be predicted by looking at the belly. If you are carrying the baby high in the belly, it is said to be a girl. In contrast, a low carriage is seen as a sign of a boy. Another theory looks at the weight the woman carries. If all your extra baby weight is positioned at the front of the belly, it’s likely to be a boy. However, if the extra weight is distributed to the hips and bottom, the child is possibly a girl.