China Has Built a Digital Prison for Tibetans 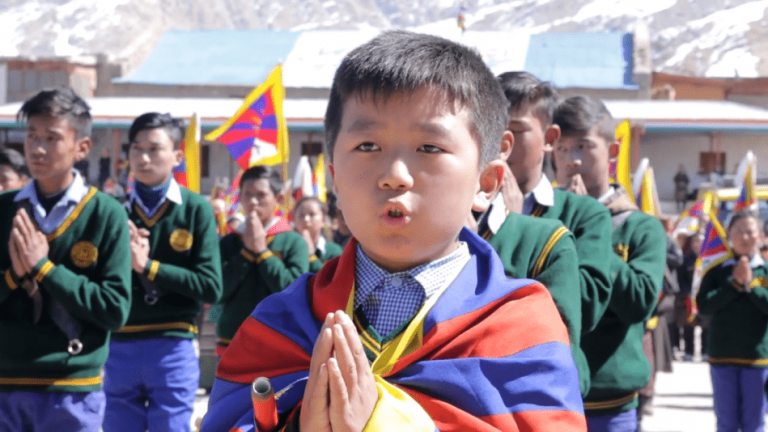 According to estimates, there are about 150,000 Tibetans living in exile. (Image: Screenshot via YouTube)

In the past, thousands of Tibetans migrated to India to escape the brutal Chinese communist regime occupying their land. But now, such migrations have largely stopped as Beijing has built an expansive hi-tech surveillance system that traps Tibetans inside a digital prison.

According to estimates, there are about 150,000 Tibetans living in exile. Most of them have made India their new home, while a few have settled in the U.S. and Canada. In 2007, India received almost 3,000 Tibetan refugees. Ten years later in 2017, the numbers fell to just 80. This does not mean that conditions in Tibet improved in any significant way. Instead, the declining number of refugees is a signal that China has succeeded in establishing a widespread surveillance system that cuts off any chance for Tibetans to escape.

Tibet is one of the most secure regions in China. Beijing spends more than US$500 per person in Tibet for security and surveillance. This is higher than what the government spends in Xinjiang to keep Uyghur Muslims under control. Several cities in Tibet are now blanketed by thousands of CCTV cameras and checkpoints that allow Chinese authorities to constantly keep track of people who enter and leave these cities.

Recently, over 21,000 officials were sent into Tibet in addition to the 12,000 security officials already working in the region. In urban areas, there is a police station every one- to two-tenths of a mile. Authorities have also been collecting DNA samples of Tibetans, which are probably being used to build a bio tracker that will help the state keep tabs on the people. The Tibetan border is now being constantly monitored by radar, UAVs, and acoustic monitoring devices, making it almost impossible for people to cross into Nepal or India.

The state recently introduced a car surveillance system in Tibet that identifies drivers and monitors their bio information. “If the driver doesn’t match the car, we will draw back the car, criticize and educate the driver who rented the car to others illegally. If the circumstances are serious, we will even ask the driver to stop driving or terminate his or her contract,” Cui Shaoyou, the Vice General Manager of a transport company, said in a statement (Free Tibet).

After his recent visit to Tibet, U.S. Ambassador Terry Branstad raised concerns about the rights of people living in the region. He also criticized China’s discriminatory policies that restrict foreigners from accessing the Tibetan Autonomous Region on a consistent basis. Above all, the ambassador appealed to Chinese authorities to respect the religious sentiments of Tibetan Buddhists and stop persecuting them.

“[Terry] expressed concerns regarding the Chinese government’s interference in Tibetan Buddhists’ freedom to organize and practice their religion… He encouraged the Chinese government to engage in substantive dialogue with the Dalai Lama or his representatives, without preconditions, to seek a settlement that resolves differences,” the embassy said in a statement (UNPO).

Meanwhile, China has slammed the U.S. Ambassador for his statements and accused him of being prejudiced. Since Beijing restricts foreign journalists from accessing Tibet, the U.S. Congress passed an act last year that prohibits Chinese nationals involved in promoting anti-Tibet policies from entering the United States.

Prime Minister Antti Rinne of Finland has warned that European values are being threatened due ...

Ditch the Delicate Wash Cycle to Save Our Seas

New research led by Newcastle University has shown that it is the volume of water ...

When a currency is mentioned, the conversation often revolves around paper money. Currency, however, can ...

The government of Pakistan is reportedly silencing an investigation on the sale of poor women ...

How the Financial Crisis Hit the Gen Xers

The Financial crisis of 2007-2009 was one of the most financially destabilizing periods of this century. People ...

The Indian capital city of Delhi has some of the world’s worst air pollution. In ...

Eternal Nile Found to Be More Ancient Than Previously Thought

Ancient Egyptians considered the Nile River to be the source of all life. The steady ...

At a recent UN General Assembly meeting, member states were split on how China was ...