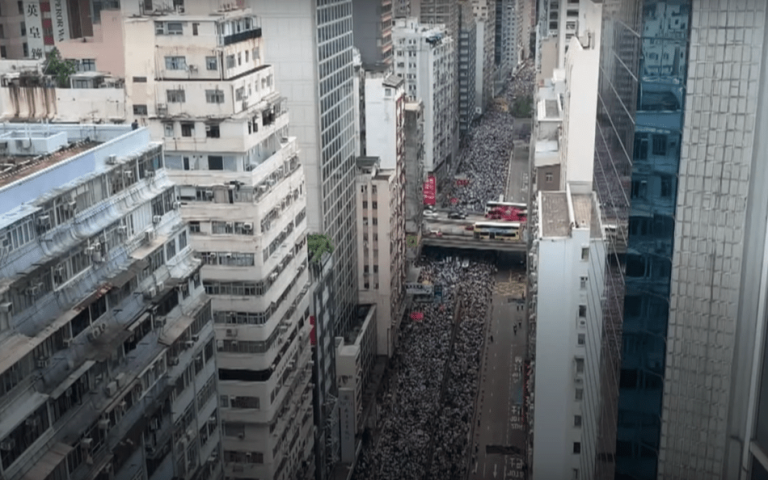 The Chinese Communist Party (CCP) and the Hong Kong government are forcibly pushing ahead with the reading of an extradition bill that allows people to be extradited to China, which would modify Hong Kong’s Fugitive Offenders Ordinance. This has aroused the anger of the people of Hong Kong.

The Civil Human Rights Front organized a rally on Sunday, June 9 to protest against the tabling of the bill. The turnout of 1.3 million people is far greater than the 500,000 people who attended the rally against Article 23 in 2003. Despite the hot weather, the Hong Kong people took to the streets to protest Beijing and the Hong Kong government’s push for the extradition bill.

Former Chief Secretary for Administration Anson Chan, the former Senior Secretary of the Civil Service Bureau Wang Yongping, and a number of former senior officials also took to the streets with the public to demand the withdrawal of the evil law. Anson Chan said: “I believe that the vast majority of the people regard Hong Kong as our home. We cannot tolerate the SAR (Special Administrative Region) Government to use dishonesty and deception by making every excuse to introduce this evil law. This amendment to the Fugitive Offenders Ordinance, once passed, will trample on our human rights freedoms and destroy our home as well as destroy Hong Kong as an international financial center.”

Many young students took to the streets for the first time to join the protest. Middle school student Wu said: “This Ordinance affects Hong Kong as a whole, it does not affect certain people or certain levels of society but it will also affect everyone and even impact on the next generation. So, I think that as a Hong Konger, I have a responsibility to come and join the rally.”

Parents also brought their children out to protest. A Hongkonger named Mr. Kuang said: “The free society of Hong Kong has been exploited by the CCP all the way along; what is left for the future of our children? I have brought my child out to join the rally.”

There were also mainlanders who came to support the people of Hong Kong. One mainlander said: “This law concerns the question of the survival of Hong Kong’s ‘one country, two systems.’ Don’t let Hong Kong become a city in Mainland China. We hope that Hong Kong can maintain its existing advantages and can have freedom and democracy.”

Due to the massive turnout, the rally arrived at the Legislative Council at around 9 o’clock in the evening. The organizer, Mr. Zhai Zijie, announced at 10 o’clock that night that the turnout was as high as 1.3 million people.