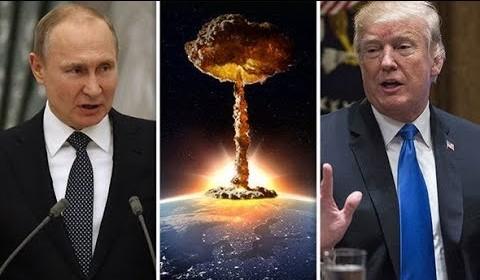 “The United States believes that Russia probably is not adhering to its nuclear testing moratorium in a manner consistent with the ‘zero-yield’ standard,” Ashley said in a statement at an arms control forum held recently at the Hudson Institute (Reuters). He added that Russia has probably been doing low-level nuclear testing, which violates the CTBT.

The U.S. government also suspects that the Kremlin may be developing new nuclear weapons and that the unwarranted tests are part of the development process. Ashley didn’t provide any sources for the information regarding illegal Russian nuclear testing and according to Tim Morrison, senior director at the National Security Council, it wasn’t clear where the information came from.

CTBT is a multilateral treaty that seeks to ban all sorts of nuclear explosions in any scenarios possible. In January 1994, the chairman of the Ad Hoc Committee presented the final draft treaty to the member states of the Conference on Disarmament (CD). Many of the 44 member states were supportive and ratified the treaty. Russia ratified in 2000. But under Article XIV of the CTBT, the treaty will only enter into force 180 days after all states have ratified it. As of today, China, India, Pakistan, Iran, the United States of America, the Democratic People’s Republic of Korea, Egypt, and Israel still haven’t ratified the treaty.

John Bolton, the U.S. National Security Advisor, is heavily skeptical of the CTBT. He said that it “does not adequately define a nuclear test, that Russia and China have a different interpretation than the United States of what the treaty prohibits, and that Moscow and Beijing have conducted nuclear tests in violation of the treaty.”

Did Russia really violate the CTBT?

It would be hard to pinpoint low-yield nuclear tests. The large-scale underground nuclear experiments done by North Korea were easily detected by seismological readings and radiation-detecting airplanes. However, information to verify the claims against Russia needs other reliable sources, which might be the reason why the information is still classified by U.S. officials. The Arms Control Association is also skeptical about the claims.

“The most effective way for the United States to enforce compliance with the zero-yield standard is for the Trump administration and the U.S. Senate to support ratification of the treaty and help to bring it into force, which would allow for intrusive, short-notice, on-site inspections to detect and deter any possible cheating. In the meantime, if the U.S. has credible evidence that Russia is violating its CTBT commitments, it should propose, as allowed for in Articles V and VI of the treaty, mutual confidence building visits to the respective U.S. and Russian test sites by technical experts to address concerns about compliance,” the association said in a statement (The National Interest).

Siegfried S. Hecker, Stanford professor and former director of the Los Alamos weapons laboratory of New Mexico, believes that the purpose of low-yield tests may be to research safer and more reliable usage of existing nuclear weapons. Mikhail Ulyanov, Russia’s Permanent Representative to International Organizations in Vienna, has lashed out against Ashley’s allegations. According to him, the claim allows the U.S. to justify their withdrawal from the treaty and to pursue arms development to strengthen their military. Russian President Vladimir Putin has indicated that Moscow will be withdrawing from the treaty.