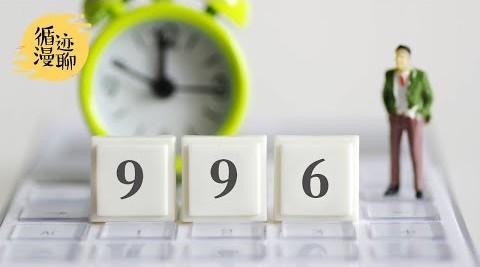 Long working hours have been a standard in the Chinese manufacturing industry for a long time. But over the past decade, this has seeped into the tech industry as well. The 12-hour workday has received huge support from Jack Ma, Alibaba Group chairman, who recently stated that those who are not ready to work long hours should not apply to his company. In fact, the whole debate about the grueling 996 schedule has been triggered by Jack Ma’s enthusiastic support for these inhumane working conditions.

Working 12 hours every day means that an average tech employee in China has little to no time left for other activities. According to estimates, Chinese people only have about 2.27 hours of leisure time per day. This is half the time available for people from countries like the UK, Germany, and the United States. For tech workers, free time is almost non-existent. Many of them get up early, go to the office, come back home late at night, and hit the bed. As a result, their relationships also suffer.

A 28-year-old tech employee, Wang Shichang, is newly married. Due to the long working hours of the industry, he can barely find time to spend with his wife. His stress levels are high and his energy is low. “Climbing four floors makes me out of breath these days… Stress at work makes my depression so much worse that I have to get clinical treatment for it… My wife and I sometimes cut short our sleep to do things we enjoy… I could sleep in at weekends, but I’d rather set an alarm and allocate more time to things like watching movies and going to concerts,” he said to CNN.

Though many scientists or doctors in China also work for long hours, there is a big difference between the tech industry and these professions. Doctors and scientists often receive an elevated status in society. Many of them also find satisfaction in their jobs. In contrast, a tech employee is only seen as “just another worker.” Their sense of job satisfaction is also lower as many of them are engaged in work that forms a small part of a mega project.

With the stress, depression, sleeplessness, and anxiety felt by employees, it is no wonder that several workers end up seeking mental health counseling. According to a government report published last year, 50 percent of surveyed tech employees admitted to being fatigued every day due to the excessive workload. Many of them also suffered from conditions like poor memory, spinal issues, vision problems, and so on.

On the back of his controversial statement supporting the 996 work culture, Alibaba founder Jack Ma has kicked up another storm by stating that employees need to have sex six times a week to have a better work-life balance. “We want 669 in life. What is 669? Six times in six days; the emphasis is on nine,” he said in a statement referring to sexual activity (The Telegraph). He made the remark at a mass company wedding.

Jack Ma’s statement has drawn huge criticism online. One Weibo user commented that “996 during the day, 669 during the night, I guess after less than a month I might have to stay in the ICU forever.” (Technode) Many people asked Jack Ma to focus on cutting down employee working hours, arguing that this alone would ensure workers have a happier life.