What’s Going on Behind the Curtains at the Bilderberg Meetings? 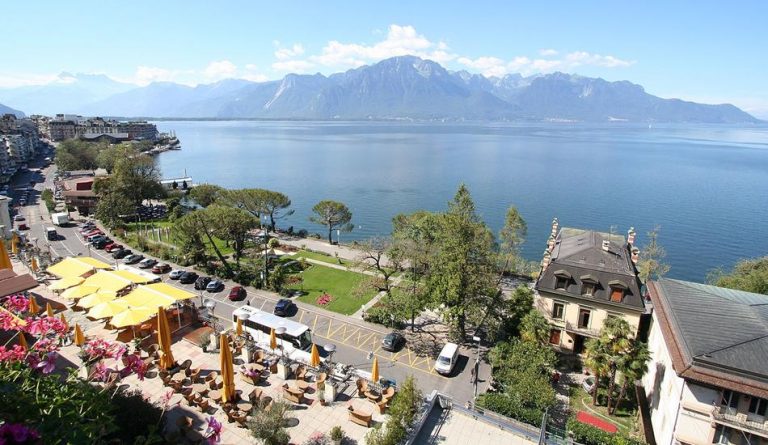 This year's Bilderberg meeting was held at Montreux, Switzerland, between May 30 and June 2. (Image: wikimedia / CC0 1.0)

The Bilderberg Group has always been a hot topic for conspiracy theorists. Its exclusivity, behind closed doors conferences, and super elite members have earned it a reputation as an actual shadow government or the deep-state influencing major events. This year, its members met again for another annual conference to reportedly foster dialogue.

This year’s meeting was held at Montreux, Switzerland, between May 30 and June 2. About 130 participants from 23 countries attended the high profile meeting, comprised of top politicians, businessmen, academics, and other experts. Some of the most notable participants were American president Donald Trump, Bank of England Governor Mark Carney, French Finance Minister Bruno Le Maire, ex-Google CEO Eric Schmidt, and Total CEO Patrick Pouyanne. According to Steering Committee rules: “The invited guests must come alone; no wives, girlfriends, husbands, or boyfriends. Personal assistants (meaning security, bodyguards, CIA, or other secret service protectors) cannot attend the conference and must eat in a separate hall. [Also], the guests are explicitly forbidden from giving interviews to journalists” and cannot “divulge anything that goes on in meetings.”

According to a recent press release, these top leaders had discussions about stable strategic order, the next step for Europe, climate change and sustainability, China, Russia, the future of capitalism, Brexit, the ethics of artificial intelligence, the weaponization of social media, the importance of space, and cyber threats. Journalists were kept out of the meeting. To encourage an environment of openness and trust, the meeting abides by the Chatham House Rule: “When a meeting, or part thereof, is held under the Chatham House Rule, participants are free to use the information received, but neither the identity nor the affiliation of the speaker(s), nor that of any other participant, may be revealed.”

Due to the meeting’s secretive nature, participants were able to speak freely as individuals rather than as a representative of their own official offices outside the conference. No votes, no resolutions, and no policy statements were made — just an informal dialogue between world leaders.

Is it really a shadow government?

With its secrecy-laden meetings, conspiracy theorists couldn’t help wondering about the Bilderberg Group’s true nature. For over half a century since the group’s conception in 1954, not one topic of the meetings has been released in public. The clandestine nature is so mystifying that it begs the question — is it really just a cosmopolitan conference among world leaders, or is it, in actuality, the deep state?

Daniel Estulin, a Lithuanian-born conspiracy theorist, has dived into the abyss that is the Bilderberg Group and its supposed power over the world’s major events. With the help of whistleblowers and outside sources, he has published his book, The True Story of the Bilderberg Group, to unmask the real face of the meetings. He stated in his book that in 1954 the then-most powerful men in the world met for the first time in Oosterbeek, Netherlands, to debate the world’s future. From then on, they conducted these secret meetings.

Notable names who have attended Bilderberg Group meetings include Gordon Brown, Henry Kissinger, Bill Clinton, Angela Merkel, and Alan Greenspan among others. The Bilderberg Group apparently aims to create an “aristocracy of purpose” between the United States and Europe to control world affairs in terms of policy, economics, and strategy.

Estulin goes on to say that the Bilderberg Group’s grand design is a “one world government” with one army, one marketplace, and a centralized world bank to control mankind’s history on a global scale. Furthermore, Estulin believes that the group is now a “shadow world government” whose goal is to “direct our own destinies.”

The Bilderberg Group, however, denies such allegations, saying on their official website that the claims “lack any and all merit” and regret that the conspiracies continue to flourish on the Internet. What do you think? Are the Bilderberg meetings just to foster discussion and dialogue, or is there a more sinister goal behind them?