The Convenience (and Inconvenience) of China’s Food Delivery Apps 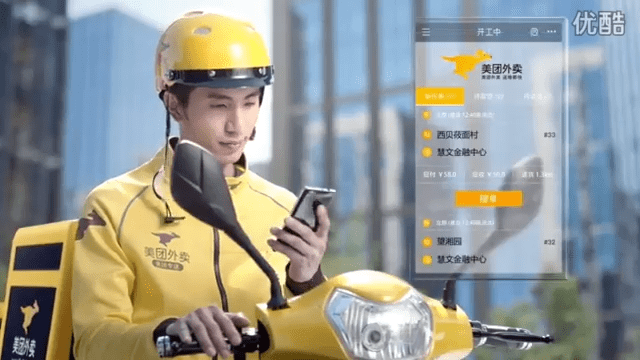 China’s food delivery apps are a huge hit. Ele.me, Meituan Waimai, and Baidu Waimai are some of the most popular food delivery apps that the Chinese frequent for a quick meal. With just a click, people can enjoy food whenever they want, wherever they are. The proliferation of online transactions has been a boon for the food industry.

It is estimated that 355 million Chinese, or a quarter of the overall population, used such apps last year. The busy streets in Beijing play witness to over 1.8 million food delivery orders every day. Happy customers mean happy sales and services. The downside of it all though is the alarming increase of trash — particularly disposable plastic boxes and chopsticks that are overtaxing the system.

According to a 2017 study, door-to-door food delivery has contributed significantly to the surge of packaging waste in the country from 0.2 million metric tons in 2015 to 1.5 million metric tons in 2017. In another report, iiMedia Research found out that the collective trash of Baidu, Ele.me, and Meituan Waimai users amounts to 20 million chopsticks, 65 million food containers, and 20 million plastic bags. Most of the containers are made from plastics like polystyrene and polypropylene, which are detrimental to the environment. To make matters worse, recycling and waste treatment facilities are not able to keep up with the increasing amounts of plastic pollution.

Users of these apps have already noticed the increase in plastic waste. Take Cathy Dong (pseudonym), a 32-year-old office worker in Shanghai. She told the Global Times in an interview: “When I order groceries or fruits from online supermarkets, they often come with a large plastic bag which is free of charge. I have a drawer that stores these plastic bags and it fills up really quickly these days.” (BreakFreeFromPlastic)

She’s not the only one who has seen these changes. Yuan Ruqian, an employee in the finance industry, says: “Laziness is the root of all evil,” indicating how plastic pollution is caused by people’s lack of enthusiasm for cooking their own food. Yet she couldn’t stop herself from using China’s food delivery apps to satisfy her cravings. This only shows that citizens are indeed aware of the environmental effects of the newfound convenience in China. Unfortunately, that does not stop them from indulging in it.

In an attempt to resolve the pollution problem, Chongqing Green Volunteers’ Union sued Ele.me, Baidu Takeout, and Meitun for allowing users to order food in disposable containers with utensils. In response to the charges, Ele.me and Meitun rolled out their Blue Planet and Green Hills waste strategies to actively combat the damage caused by plastic waste. Some of the strategies allow users to opt-out of receiving disposable items, gain points, and earn environment-friendly items, all approved and signed by partner restaurants.

However, various reports show that restaurants are not abiding by their agreement for faster services. By 2020, users of China’s food delivery apps are expected to double in number, according to a report by iiMedia Research. With a delivery fee that costs less than a dollar and the convenience of ordering food online, the severity of plastic waste involuntarily encouraged by the food delivery apps might get worse if big steps are not taken immediately.