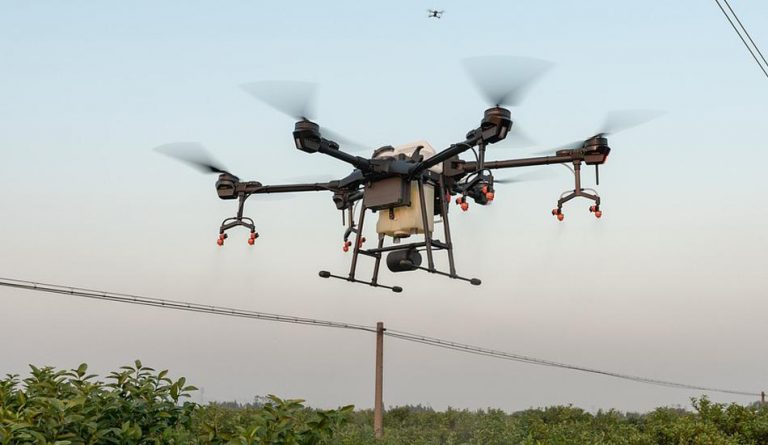 Chinese-made drones are susceptible to cyber espionage according to U.S. officials. (Image: DJI-Agras via Pixabay)

Chinese-made drones are susceptible to cyber espionage, according to U.S. officials — and the government seems to be preparing to crack down on the threat.

Drones are multi-purpose. They can be used for disaster relief, commercial aerial surveillance, filmmaking, and oil and mineral exploration among other things. Most of the consumer drones sold in the United States are made by just one Chinese company, DJI technology. The Department of Homeland Security reveals in a video posted on its official website the security risks of the Chinese-manufactured drones: “Their potential use for terrorism, mass casualty incidents, interference with air traffic, as well as corporate espionage and invasions of privacy… we’re not being paranoid.”

This warning is reinforced by Lanier Watkins, a cyber-research scientist at Johns Hopkins University’s Information Security Institute, and his team. They discovered loopholes in DJI drones’ security. Someone knowledgeable about hacking can easily download and upload information from the drone. “Someone who was interested in, you know, where a certain pipeline network was or maybe the vulnerabilities in a power utilities’ wiring might be able to access that information,” Watkin’s noted.

John Villasenor, a fellow at the Brookings Institution who teaches at UCLA, said that this news about DJI drones is not exactly new. The renewed focus might be attributed to the Trump administration’s recent warnings about Chinese products, such as Huawei phones and Chinese-made vehicles. Meanwhile, DJI issued a statement trying to allay the fears of U.S. customers: “For government and critical infrastructure customers that require additional assurances, we provide drones that do not transfer data to DJI or via the Internet, and our customers can enable all the precautions DHS recommend,” (BBC).

Although DJI has given its assurance to the people of America, it is still a Chinese company abiding by the rules and regulations of the communist regime. According to the recently enacted Cybersecurity Law of China, telecommunications companies are required to provide “technical support and assistance” to government offices for national security protection. This means the Chinese government can pressure companies operating on its soil to provide consumer information.

Last year, Michael Fuchs, a senior fellow at the Center for American Progress, slammed Beijing for using cyber espionage as a means of national and economic progress. He said: “I think it is very fair to say that China sees this cyber espionage for economic purposes as a necessary component of its national strategy to grow economically and to become a more powerful country, and that it is not going to stop — at least not with the current set of pressure that is being exerted by the U.S. and others.”

Even Britain, Australia, and New Zealand criticized Beijing for its ways. “China’s goal, simply put, is to replace the U.S. as the world’s largest global superpower,” Christopher Wray, Director of the FBI, said at a press conference (South China Morning Post). China responded to the accusations, branding the claims as “slanderous.” Whatever the truth may be, it is known that China seeks to dominate Asia and propel itself into a global superpower. Unfortunately, Beijing will use any tactic it wants to achieve the objective. In such a situation, the Trump administration’s decision to restrict Chinese drones looks to be a move in the right direction.