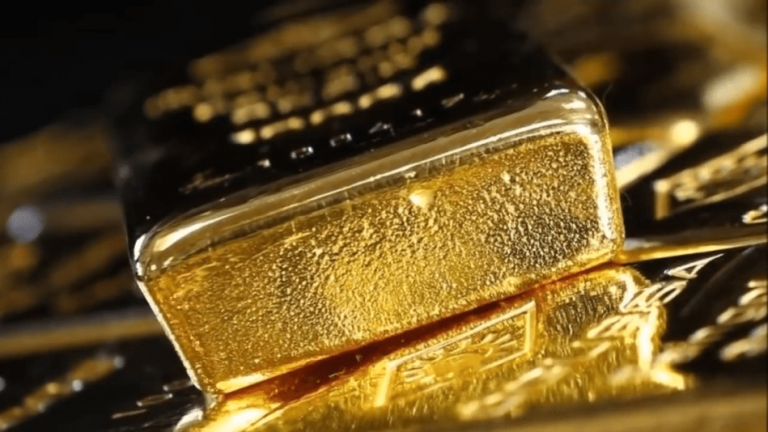 In a bid to reduce dependence on the U.S. dollar as a trade currency and reserve, Russia and China have been buying up gold furiously over the past several months. (Image: via Nspirement)

In a bid to reduce dependence on the U.S. dollar as a trade currency and reserve, Russia and China have been buying up gold furiously over the past several months. Both nations have also proposed bilateral trade in their respective currencies.

According to the World Gold Council, the Russian central bank bought close to 274 tons of bullion worth US$11 billion in 2018. Russia alone accounted for 40 percent of the central bank’s gold buying last year. The precious metal now represents almost 19 percent of Russia’s foreign exchange reserves, which is the highest level since 2000. In mid-2017, U.S. dollars accounted for 46 percent of Russia’s reserves. But now, the figure stands at just 22 percent.

“If it wasn’t for Russia’s central bank, last year would have been the worst year for gold buying in a decade, so it helped put a floor on the price… However, Russian buying is now well known so it would take a significant increase in their purchases to materially impact the gold price,” Adrian Ash, head of research at gold brokerage BullionVault Ltd, said to Bloomberg.

Meanwhile, China also has been on a gold-buying spree. In the first quarter of 2019, the Chinese central bank purchased 32.95 million ounces. Many believe that China might actually buy more than Russia by the end of this year. As the U.S.-China trade war continues unresolved, the Chinese government will focus on reducing dollar reserves and boosting gold holdings. There are rumors that both nations have a long-term plan of launching gold-backed cryptocurrencies.

“Money would circulate in the form of blockchain entries provided by a global platform and [will] be entirely backed by gold reserves held in an international trust insulating them from state interference… Different private financial institutions would be responsible for issuance operations and, therefore, for ultimate control over the money supply. Money transactions would be processed directly between end users, with no intermediation from banks or governments,” according to The Moscow Times.

In addition to Russia and China, India’s central bank has also ramped up its purchases of gold. The Reserve Bank of India (RBI) bought 42 tons last year, bringing its total reserves to a record high 609 tons. However, this accounts for only 6.4 percent of India’s reserves. As such, it is possible that the country’s central bank might buy even more gold over the coming years given global economic uncertainties.

In a recent meeting between President Vladimir Putin and President Xi Jinping, it was revealed that both Russia and China have arrived at an agreement to avoid the U.S. dollar in bilateral trade.

“Russia and China intend to develop the practice of settlements in national currencies. An intergovernmental agreement has just been concluded, aimed at further expanding the use of rubles and yuan in bilateral trade, as well as ensuring uninterrupted banking services for transactions amid instability on global markets,” Putin said in a statement (TASS).

A government document showed that both countries will cooperate on developing their own national payment systems. In addition, cross-border payments in currencies other than U.S. dollars or national currencies will also be explored. The Russian Direct Investment Fund (RDIF) also signed an agreement with China Investment Corporation (CIC) for the creation of a US$1 billion scientific innovation fund.