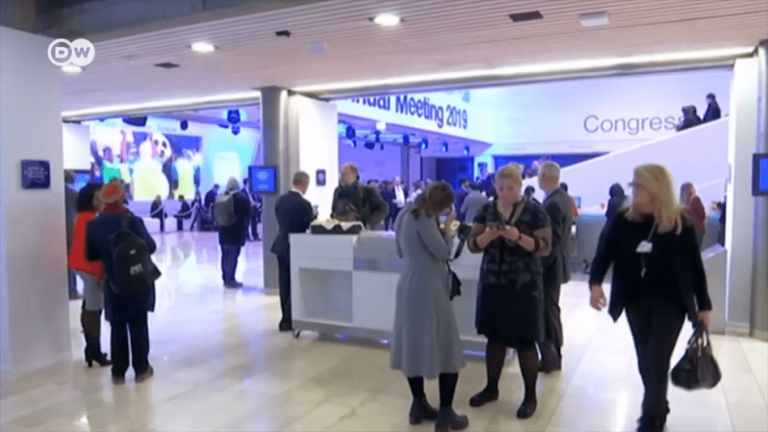 A wide range of topics were covered at the 2019 World Economic Forum (WEF) meeting held in Davos, Switzerland, between January 22 and 25, 2019. (Image: Screenshot / YouTube)

The 2019 World Economic Forum (WEF) meeting was held in Davos, Switzerland, between January 22 and 25, 2019. A wide range of topics were covered in the meeting, which will have a direct effect on many of the policies passed by world governments. Here are five key takeaways from Davos 2019.

In 2017, the WEF proposed the “Closing The Skills Gap” initiative that aimed to reskill or upskill about 10 million workers by 2020. In the current meeting, it was announced that the initiative had succeeded in reskilling 6.4 million people, including training more than 17 million people worldwide. The forum estimates that employers will profitably be able to account for 14 percent of the US$34 billion reskilling bill. The initiative is now developing public-private partnerships to promote future skills in countries like South Africa, India, Argentina, and Oman. Members from the business and trade community called on government leaders to come up with a new digital trade deal to cut down costs and encourage greater participation of world markets in the digital economy.

About 13,000 pieces of plastic are discovered in every square kilometer of ocean. If plastic pollution is not minimized, it could soon end up being a major problem for humanity. Understanding this fact, the WEF introduced the idea of the “Loop Alliance.” The initiative is proposed in partnership with some of the largest plastic producers in the world. The idea is to design packages that would survive at least 100 reuses, thereby cutting down plastic waste. The Global Plastic Action Partnership (GPAP) announced a partnership with Indonesia to cut down plastic pollution of oceans. Peru, home to the second largest Amazonian forest, joined the Tropical Forest Alliance to minimize deforestation in their country.

The WEF established the “Centre for the Fourth Industrial Revolution Network” (C4IR) in 2017, aimed at helping institutions that are involved in the development of technologies and policies related to Artificial Intelligence, blockchains, and so on. It has now grown to 100 businesses and governments, discussing ideas that would allow for responsible growth of future technologies. A project to protect global critical infrastructure from cyber-attacks was launched. C4IR Japan introduced a new global initiative targeting smart cities to ensure that all such cities in the world follow a common set of sustainable and human-centered principles.

The forum also saw a detailed discussion on the “Distributed Ownership” model of business. Distributed ownership basically refers to a company model in which the business is owned and run by its employees who also share its benefits and profits. When correctly executed, it offers immense flexibility and scalability for business. More importantly, the model ensures inclusive growth since everyone employed by the business is rewarded equally. Neelam Chhiber, Managing Director of Industree/Mother Earth, discussed the challenges of job creation and skill development that is facing India and how the distributed ownership business model might resolve such issues.

Risks to the world

The WEF meeting also discussed the major risks that could face the world this year. Weather events topped the list as the most likely risk but came in third for impact. Loss of biodiversity was highlighted as a major issue. Sixty percent of vertebrate species apparently became extinct between 1970 and 2014. Additionally, cyber-attacks made it to the top 10 following numerous data breaches last year against governments and corporations. A water crisis, increasing reliance on technology, weapons of mass destruction, and rapid spread of infectious diseases were seen as some of the other major risks threatening the world.