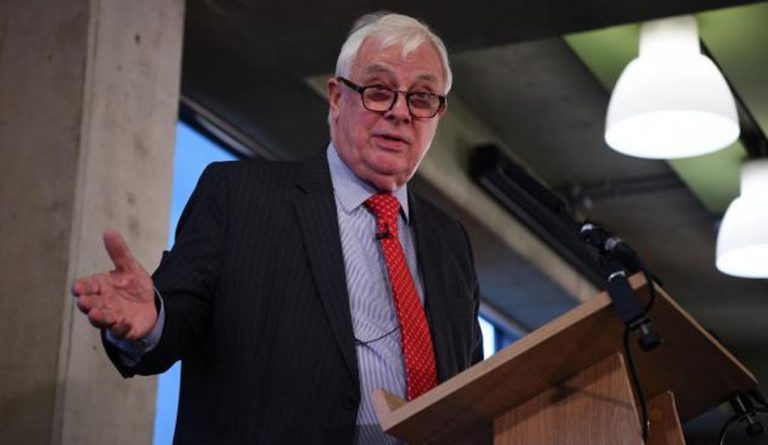 Chris Patten, the last British governor of Hong Kong. (Image: via The National)

The last British governor of Hong Kong, Lord Chris Patten, has lashed out at Hong Kong government’s argument that the proposed extradition bill would “close a loophole.” He warned that the bill, if passed, will remove the firewall that protects the city’s rule of law from China’s authoritarian legal system.

The government of Hong Kong led by Carrie Lam had introduced the bill so that people identified as criminals could be extradited to China and Taiwan. The bill will allow local courts and the chief executive to sanction extradition requests without any legislative oversight. According to the government, the bill would thus close a “loophole” where the city currently does not have an extradition agreement with China.

However, human rights activists say that the bill would essentially give the Chinese communist government the right to prosecute Hongkongers in the mainland. Considering that Beijing has a tendency to classify pro-democracy and free speech activists as criminals, passing the bill would be a setback for Hong Kong.

“People have known exactly why there shouldn’t be an extradition agreement with China for years, and many of the arguments put for the government’s proposals don’t actually pass the laugh-off-your-seat test… The argument that, well, it’s better to have an extradition treaty than to abduct people illegally from Hong Kong — are people really supposed to believe that?” Patten said in a statement (Hong Kong Free Press).

He also warned that the bill would end Hong Kong’s special status in the region, thus hurting its business prospects. Currently, the city is seen favorably in the West precisely because the Chinese government cannot apply its rules in Hong Kong due to the “one country, two systems” arrangement. But if the extradition law is passed and Hongkongers become potential targets for Beijing, the city would essentially become just another Chinese city, thereby losing the interest of businesses. As a consequence, Hong Kong’s economy and standard of living will fall.

British Prime Minister Theresa May also raised concerns regarding the future of Hong Kong and extended her country’s support to the protestors. “We are concerned about [the] potential effects of these proposals particularly obviously given a large number of British citizens there are in Hong Kong… But it is vital that those extradition arrangements in Hong Kong are in line with the rights and freedoms that were set down in the Sino-British joint declaration,” she said in a statement.

US concerns about extradition bill

U.S. State Department spokeswoman Morgan Ortagus has hit out at the proposed extradition bill, warning that it would risk Hong Kong’s position in international affairs. The U.S. treats Hong Kong separately from China under the United States-Hong Kong Policy Act of 1992. However, this policy will only last as long as the city’s rule of law remains.

“The United States shares the concern of many in Hong Kong that the lack of procedural protection in the proposed amendments could undermine Hong Kong’s autonomy and negatively impact the territory’s longstanding protections of human rights, fundamental freedoms, and democratic values,” Ortagus said in a statement (Reuters).

Millions of Hongkongers hit the streets again on Sunday, June 16, demanding that the government withdraw and not just suspend the extradition bill while calling for  Carrie Lam’s resignation.  However, the administrative agenda appears determined to appease to Beijing’s demands.